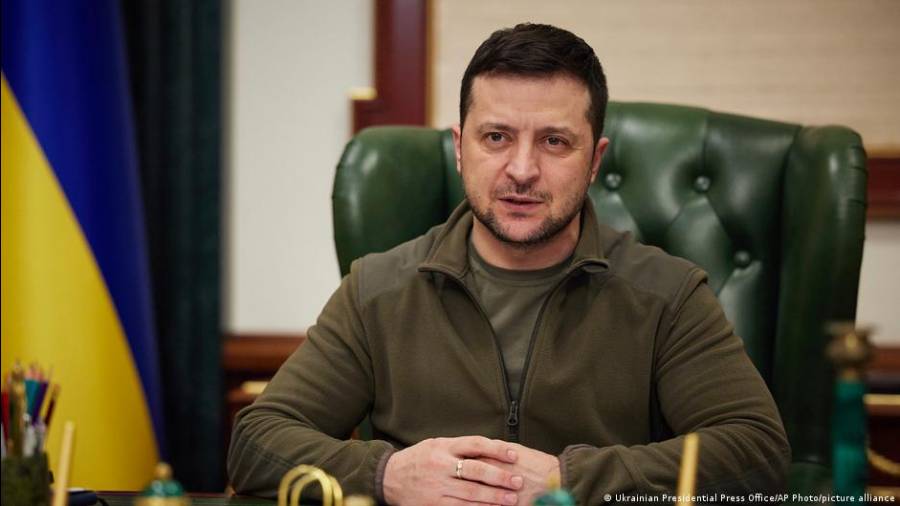 President Volodymyr Zelensky appealed to Ukrainians to conserve energy amid relentless Russian strikes that have halved the country’s power capacity, as the UN health body warned of a humanitarian disaster in Ukraine this winter.
Authorities said millions of Ukrainians, including in the capital Kyiv, could face power cuts at least until the end of March due to the missile attacks, which Ukraine’s national grid operator Ukrenergo said had wreaked “colossal” damage.
Temperatures have been unseasonably mild in Ukraine this autumn, but are starting to dip below zero and are expected to drop to -20° Celsius or even lower in some areas during the winter months.
Russia’s targeting of Ukrainian energy facilities follows a series of battlefield setbacks that have included a pullout of Russian forces from the southern city of Kherson to the east bank of the mighty Dnipro river that bisects the country. “The systematic damage to our energy system from strikes by the Russian terrorists is so considerable that all our people and businesses should be mindful and redistribute their consumption throughout the day,” Zelensky said in his nightly video address.
Ukrenergo’s chief Volodymyr Kudrytskyi said on Tuesday that practically no thermal or hydroelectric stations had been left unscathed, though he dismissed the need to evacuate civilians.
“We cannot generate as much energy as consumers can use,” Kudrytskyi told a briefing, adding that after a brief cold snap on Wednesday temperatures were expected to rise again, providing an opportunity to stabilise the power generating system.
The WHO said hundreds of Ukrainian hospitals and healthcare facilities lacked fuel, water and electricity to meet people’s basic needs.
“Ukraine’s health system is facing its darkest days in the war so far. Having endured more than 700 attacks, it is now also a victim of the energy crisis,” Hans Kluge, WHO’s regional director for Europe, said after visiting Ukraine.
Workers are racing to repair damaged power infrastructure, according to Sergey Kovalenko, the head of YASNO, which provides energy for Kyiv. “Stock up on warm clothes, and blankets, think about options that will help you get through a long outage,” Kovalenko said. “It’s better to do it now than to be miserable.”