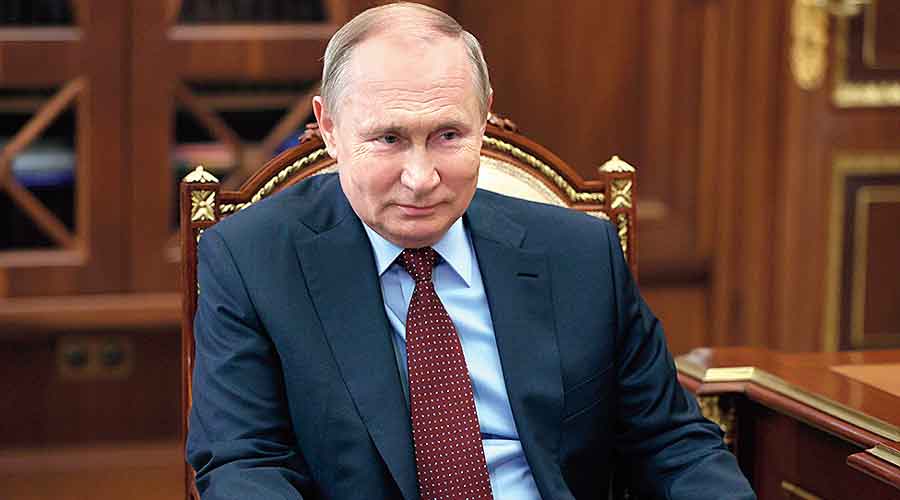 President Vladimir Putin said on Wednesday that Russia was in the process of re-routing its trade and oil exports towards countries from the BRICS group of emerging economies in the wake of western sanctions over Ukraine.
The BRICS countries comprise Brazil, Russia, India, China and South Africa.
The West has imposed sweeping sanctions on Russia, including restrictions on imports of its oil, after the Kremlin sent its troops into Ukraine on February 24.
In order to weather the sanctions, Russia is trying to forge closer ties with Asia, seeking to supplant the markets it lost in the row with the EU and the US.
In a video address to the BRICS Business Forum participants, Putin said Russia was discussing increasing the presence of Chinese cars on the Russian market as well as the opening of Indian supermarket chains.
“In its turn, Russia’s presence in the BRICS countries is growing. There has been a noticeable increase in exports of Russian oil to China and India,” Putin said.
According to data from the Chinese General Administration of Customs, China’s crude oil imports from Russia were up 55 per cent from a year earlier to a record level in May, displacing Saudi Arabia as China’s top supplier, as refiners cashed in on discounted supplies.
Putin also said Russia was developing alternative mechanisms for international financial settlements jointly with its BRICS partners.
“The Russian Financial Messaging System is open for connection with the banks of the BRICS countries.
The Russian MIR payment system is expanding its presence. We are exploring the possibility of creating an international reserve currency based on the basket of BRICS currencies,” he said.