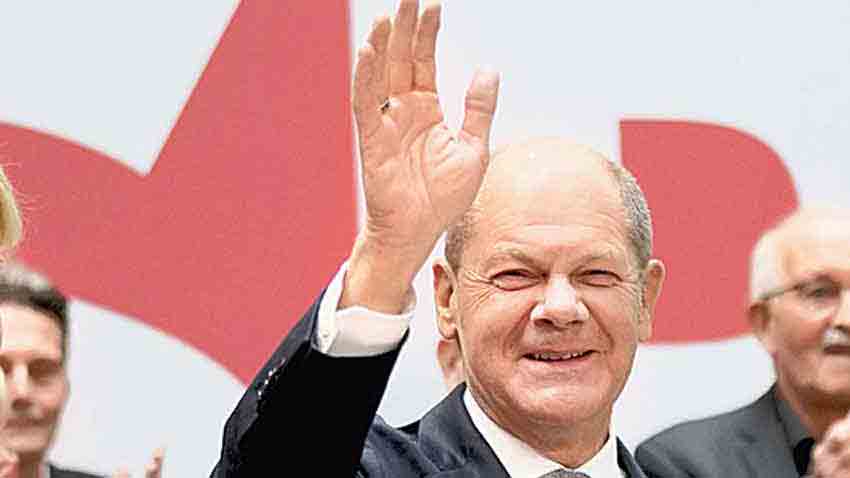 The US and its Nato allies are moving to bulk up their military commitments in the Baltics and eastern Europe as the standoff with Russia over Ukraine deepens.
Denmark is sending fighter jets to Lithuania and a frigate to the Baltic Sea. France has offered to send troops to Romania. Spain is sending a frigate to the Black Sea. President Biden has put thousands of US troops on “high alert”.
And then there is Germany. In recent days Germany — Europe’s largest and richest democracy — has stood out more for what it will not do than for what it is doing. No European country matters more to European unity and the western alliance. But as Germany struggles to overcome its post-World War II reluctance to lead on security matters in Europe and set aside its instinct to accommodate rather than confront Russia, Europe’s most pivotal country has waffled in the first crucial test for the new government of Chancellor Olaf Scholz.
Germany’s evident hesitation to take forceful measures has fuelled doubts about its reliability as an ally — reversing the dynamic with the US in recent years — and added to concerns that Moscow could use German wavering as a wedge to divide a united European response to any Russian aggression.
President Biden held a video call with European leaders on Monday night, saying it went “very, very, very” well, and beforehand Chancellor Scholz reiterated that Russia would suffer “high costs” in case of a military intervention. But Germany’s allies have still been left to wonder what cost it is prepared to bear to confront possible Russian aggression.
“Within the EU Germany is crucial to achieve unity,” said Norbert Röttgen, a senior conservative lawmaker and advocate of a more muscular German foreign policy. “Putin’s goal is to split the Europeans, and then split Europe and the US. If the impression prevails that Germany is not fully committed to a strong Nato response, he will have succeeded in paralysing Europe and dividing the alliance.”
As Russia held military drills near the Ukrainian border on Tuesday, Scholz met  President Emmanuel Macron of France in Berlin, warning Moscow that “a military aggression calling into question the territorial integrity of Ukraine would have grave consequences”.
But the German government has not only ruled out any arms exports to Ukraine — it is also holding up a shipment of nine Communist-era howitzers from Estonia to Ukraine.
Scholz and other senior Social Democrats in his government and party have been vague about whether shuttering the Nord Stream 2 undersea gas pipeline from Russia to Germany would be part of an arsenal of possible sanctions against Russia, insisting it was a “private -sector project” and one “separate” from Ukraine.
New York Times News Service