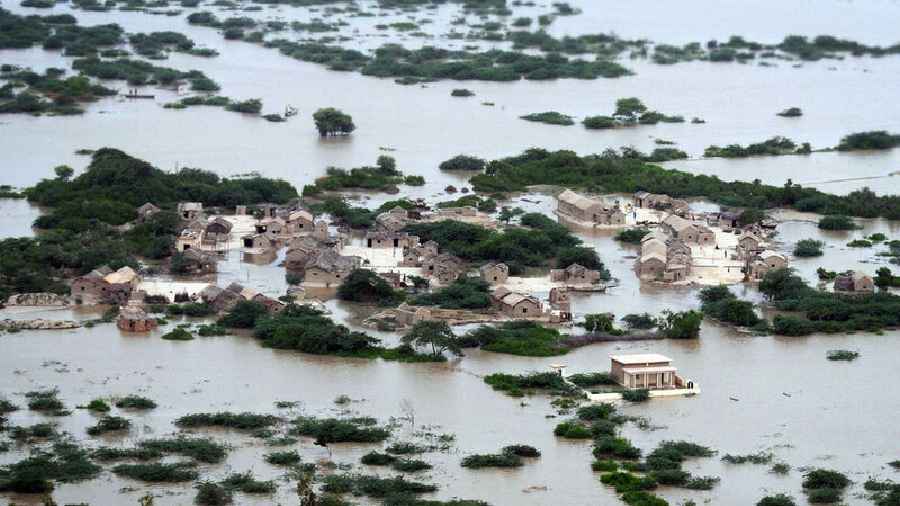 A South African NGO has been extending help to economically weaker sections of Pakistan by providing them with bamboo-made houses that can withstand floods and earthquakes.
Homes built with bamboo, lime, mud and other sustainable materials have withstood the recent devastating floods in Pakistan, while structures made of mud bricks got destroyed, said Safeeyaah Moosa, the founder of NGO Spiritual Chords which focuses on sustainable and eco-friendly solutions to poverty and unemployment.
“When we decided to extend assistance after the 2011 floods in Pakistan. I was very keen on green sustainable architecture. The quality of bricks was sub-standard and with mud bricks, houses were not resilient (to floods and earthquakes). I wanted to offer long-term practical solutions,” Moosa told PTI.
“After two-and-a-half years of investigation, I made a cold call to Yasmin Lari, Pakistan’s first female architect, seeking help in developing a system that would work with nature and not resist it while providing people basic housing.”
While working on her project of restoring Mughal Emperor Akbar’s Sheesh Mahal in Lahore, Lari had discovered that the plaster used on its walls centuries ago was made of lime, mud and other sustainable materials.
“Yasmin built a structure with bamboo plastered with this mix of life and mud that is pleasing to the eyes and very manageable. Bamboo is renewable, has zero carbon emission and can be grown in three to five years,” Moosa said.
“Using this concept, we started building houses in villages two years after the 2011 floods. What was amazing was that after we taught the marginalised communities how to build houses, elderly women were creating moulds and decorative patterns on their plaster walls. It became a community project,” she added.
“After the first houses were built, we also brought in water with handpumps and wells. A year later, enclosed toilets were the next step,” Moosa said.
In the next phase, an eco-friendly non-electrical stove was designed, with 57,000 of them made in less than four years, winning the UN World Habitat award.
With thousands of people in Pakistan displaced by the devastating floods this year, Moosa said, “We don’t give them tents we give them homes.”
The Pakistani government and NGOs in the country are now looking to collaborate with Spiritual Chords to build more of these homes.
“We are getting our artisans set up five more centres to train enough people to build a thousand houses a month. This will have the potential of making 5,000 houses a month,” Moosa said.
“Bangladesh has also adopted the idea, with students from the UK have joined local counterparts to build houses there. The idea had also been suggested for addressing the housing problem of the refugee community of Rohingyas,” Moosa added.