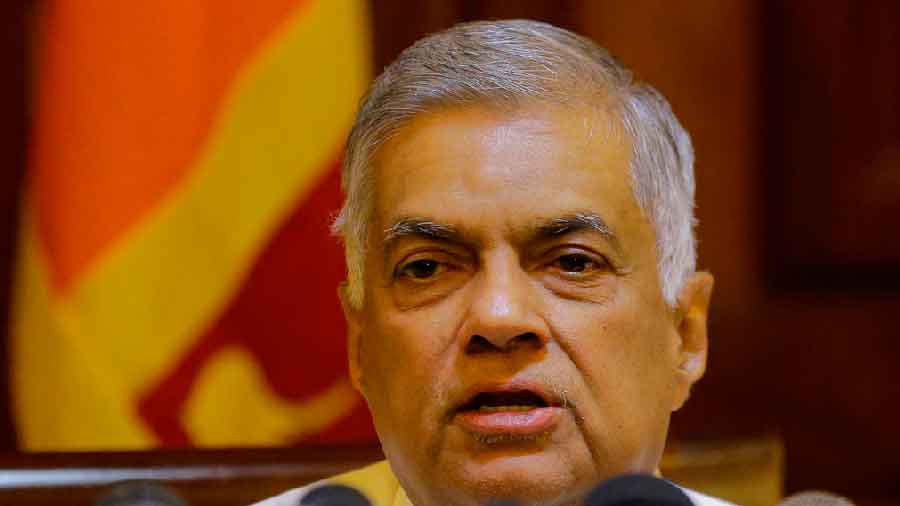 Sri Lanka appointed a new Prime Minister on Thursday, as its embattled President seeks a way out of the country’s worst economic crisis since independence that has sparked widespread protests.
Ranil Wickremesinghe, a political veteran who has been Prime Minister of the island nation five times before, must try to address financial chaos and heal political divisions as he sets out to form a coalition government.
“We are facing a crisis, we have to get out of it,” Wickremesinghe told Reuters as he left a temple in Colombo shortly after his swearing-in. Asked whether there was a possible solution, he replied: “Absolutely.”
The 73-year-old is an economic liberal who has experience dealing with the IMF.
He has also built relationships with India and China, key investors and lenders who vie for influence over the island nation that lies along busy shipping routes linking Asia to Europe.
President Gotabaya Rajapaksa congratulated the new Premier.
“My best wishes to the newly appointed PM … who stepped up to take on the challenging task of steering our country through a very turbulent time,” he tweeted. “I look forward to working together with him to make Sri Lanka strong again.” The current crisis could be Wickremesinghe’s greatest challenge yet.
Economic mismanagement, the Covid-19 pandemic and rising energy costs following Russia’s invasion of Ukraine have drained state coffers, meaning Sri Lanka is running low on fuel and essential medicines and facing daily power blackouts. Gotabaya, whose elder brother Wickremesinghe replaced as Prime Minister, has called nationwide curfews and given security forces sweeping powers to shoot at anyone involved in looting or putting people’s lives at risk.
Mahinda Rajapaksa, who resigned on Monday, has gone into hiding on a naval base.
Ordinary people have grown increasingly frustrated at disruptions to normal life.
“We have hit the bottom economically,” said Nimal Jayantha, an autorickshaw driver queuing for petrol earlier on Thursday after the curfew was lifted. “I don’t have the time to do my job. By the time I stay in the fuel queue and get petrol, curfew will be imposed. I will have to go home without any money.”
Many people crammed on to buses in Colombo earlier on Thursday to return to hometowns during a brief relaxation in the curfew.
Mostly peaceful demonstrations erupted into violence on Monday after supporters of Mahinda Rajapaksa attacked an anti-government protest camp in Colombo. Days of violent reprisals against government figures aligned to the powerful Rajapaksa clan followed.
Security forces were called out to patrol the streets, and police said nine people were killed and more than 300 injured in the clashes, which have since subsided.