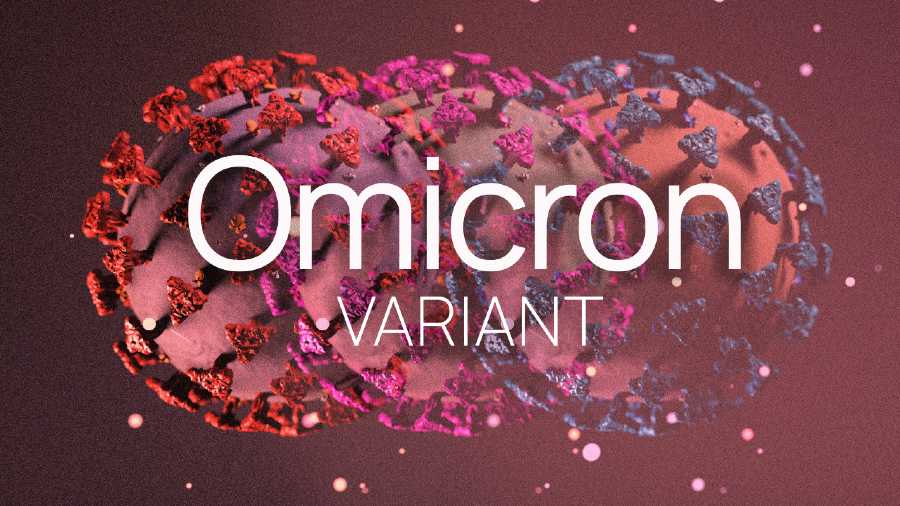 Regina Perez, 57, had never been hospitalised for her lifelong asthma condition until she came down with Covid this month.
She started having difficulty breathing, even after taking her usual medications. “It kind of took over, almost,” she said. She wound up at St Luke’s Hospital in Allentown, Pennsylvania, for most of a week at a time when nearly all the Covid patients sampled had contracted the omicron variant.
The episode frightened her. While doctors were able to get her asthma and breathing under control, “I’ll probably be scared for the rest of my life,” she said. Perez, who was fully vaccinated and is now recovering at home, said she had spent the last two years doing everything she could to avoid infection, including working from home and rarely going out. She has not yet got a booster shot.
Throughout the pandemic, people like Perez have been at higher risk for serious illness from Covid because they have underlying medical conditions, like asthma, diabetes, heart or lung disease. More than half of American adults have at least one underlying chronic condition, and for many of them, the omicron wave hasn’t been as mild as it has for the larger, healthier populations around the world.
Omicron has indeed caused far lower rates of severe illness and death in the US population, especially among those who are vaccinated and have received booster shots. Still, the variant’s high transmissibility did lead to record-setting case counts that resulted in pandemic-high hospitalisations.
Dr Rochelle Walensky, the director for the Centers for Disease Control and Prevention, warned on Wednesday that this surge was still imposing a heavy burden. “Importantly, ‘milder’ does not mean ‘mild,’” she said.
“And we cannot look past the strain on our health systems and substantial number of deaths — nearing 2,200 a day as a result of the extremely transmissible omicron variant.”
In the last few weeks, the rate of hospitalisation has declined considerably in some regions, where omicron first arrived and sent case counts soaring. While a smaller share of people with the variant are being hospitalised, according to a recent report from researchers at the CDC, the soaring number of omicron infections has led to higher admissions than in previous surges. Nationally, hospitalisations are still averaging about 150,000 people, including many rural regions where facilities are stretched thin.
“Our experience is that it’s worse right now than it’s ever been,” said Craig Thompson, chief executive of Golden Valley Memorial Healthcare, a small rural hospital in Clinton. This month, the Covid, heart attack and stroke patients that the hospital would typically transfer to larger facilities were boarded in the emergency room for days. Staff members made about 200 phone calls to get beds for patients — at times up to 400 miles away.
The majority of those hospitalised with severe illness during the omicron surge are unvaccinated, public health experts say. But some who were vaccinated and have underlying conditions have also been at risk for more serious illness caused by the virus, and for the infection potentially worsening their existing diseases, increasing their chances of hospitalisation.
While they may not be hospitalised for respiratory illnesses, “we are seeing some exacerbation of other conditions in individuals who are vulnerable”, said Dr Sandra Nelson, an infectious disease specialist at Massachusetts General Hospital and an assistant professor of medicine at Harvard Medical School. In some cases, patients were dehydrated from the effects of a virus infection and came in with kidney failure.
Doctors say that it is not always clear what role omicron plays, but there is a plausible biological explanation for a virus causing patients to develop systemic issues. “You’re going to see kidneys get worse, etc,” said Dr Panagis Galiatsatos, a critical care specialist and assistant professor of medicine at Johns Hopkins Medicine.
At St Luke’s, where Perez was admitted, roughly two-thirds of the coronavirus-positive patients in the system’s network had a primary diagnosis of Covid, but an additional 15 to 20 per cent were diagnosed with other illnesses, like sepsis or acute kidney failure, that doctors said were clearly related to a virus infection.
“It isn’t an incidental diagnosis,” said Dr Jeffrey Jahre, an infectious disease specialist who is senior vice-president for medical and academic affairs at St Luke’s University Health Network, which operates 11 hospitals in Pennsylvania and New Jersey.
In some cases, these patients may have had a “smouldering” case of diabetes or hypertension that a Covid case pushed over into serious illness, said Dr Nicholas Kman, an emergency physician at the Ohio State University Wexner Medical Center in Columbus. In other cases, individuals who had successfully been managing their conditions before becoming infected, like Perez, are coming in with high blood sugar levels or worrying hypertension.
Others, like transplant or cancer patients — although fully vaccinated — are not able to mount a sufficient immune response to protect themselves from serious disease when they become infected.
Doctors say these admissions — often categorised as “with” Covid rather than “for” Covid — have had significant effects on stressed hospitals. “All those patients add to the surge and the volume,” Dr Kman said, adding that “one or two extra patients can push a health system over the edge”.
New York Times News Service