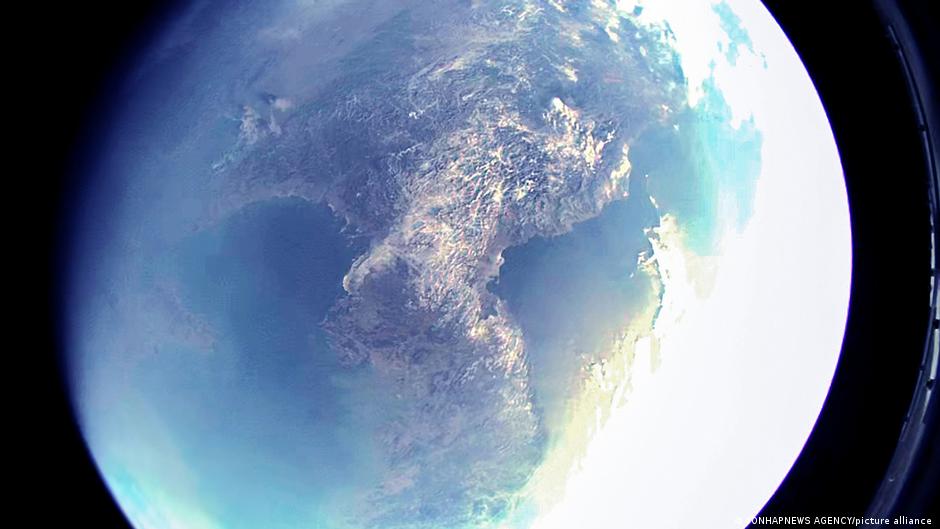 North Korea said it checked cameras and other systems during a test of “great significance” for the development of a reconnaissance satellite, after Pyongyang was accused of launching a ballistic missile.
North Korea said it has conducted a test to check systems for the development of a reconnaissance satellite system, state media outlet Korean Central News Agency (KCNA) reported on Monday.
What do we know so far?
The test, which occurred on Sunday, “is of great significance in developing the reconnaissance satellite,” the state news agency report said.
The test apparently helped confirm “the characteristics and working accuracy of a high-definition photographing system, data transmission system and attitude control devices” by conducting “vertical and oblique photographing of a specific area on earth,” the KCNA reported.
State media also released two photos of the Korean Peninsula as seen from space.
Jeffrey Lewis, a missile researcher at the US-based James Martin Center for Nonproliferation Studies, said the pictures released were low resolution and it wasn’t clear what North Korea gained from the test.
North Korean leader Kim Jong Un last year emphasized the importance of the development of the country’s military reconnaissance satellites and military detection capabilities.
North Korea has steadily ramped up testing of ballistic missiles, in spite of UN sanctions over its nuclear program. Pyongyang conducted a record number of tests in January.
The country released similar photos after a recent missile launch in January, which showed a Hwasong-12 intermediate-range ballistic missile, one of the largest weapons the North fired since 2017, with a camera fitted in its nose cone.
In 2020, North Korean leader Kim Jong Un said he was suspending a 2018 self-imposed moratorium on nuclear and intercontinental ballisitic missile testing.
Some experts fear that Pyongyang could exploit the international attention on Russia’s invasion of Ukraine to conduct more tests.
South Korea, Japan say test was ballistic missile launch
South Korean and Japanese officials on Sunday, however, said that the North launched a ballistic missile into the sea off the east coast of South Korea.