Leaks in Nord Stream pipeline ‘not an accident’ 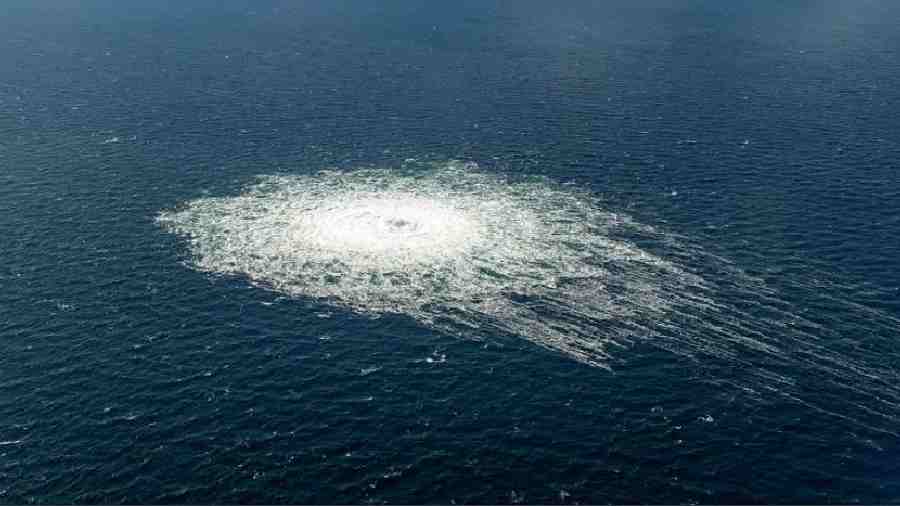 While European governments have not yet identified the cause of the leaks in the Nord Stream gas pipelines, several political leaders, including Mette Frederiksen, Denmark’s Prime Minister, and two top EU officials, have said they were unlikely to have been accidental.
For one thing, three leaks, miles apart, seem unlikely to be random occurrences. And these pipelines are not fragile constructions. They are robustly built of steel, coated with concrete, to withstand the water pressures on the floor of the Baltic Sea as they carry natural gas from Russia to Germany.
Officials in Poland and Ukraine, among others, have pointed the finger at Russia, whose state-controlled energy company, Gazprom, is the main owner of the pipelines. On Wednesday, the Kremlin called suggestions of Russian involvement “stupid”.
In some respects, disrupting the pipelines serves little immediate purpose for anyone — neither was transmitting natural gas at the time.
And on the surface, it is unclear why Moscow would seek to damage installations that cost Gazprom many billions of dollars.
On the other hand, the natural gas market is spooked, which helps Russia by raising the price of its gas. The ruptures occurred as energy markets were beginning to come around to the view that most of Europe could avoid shortages this winter. They could also be a reminder from Moscow that if European countries keep up their support for Ukraine, they risk sabotage of vital energy infrastructure.
New York Times News Service