Kyiv will hang on to territory: US 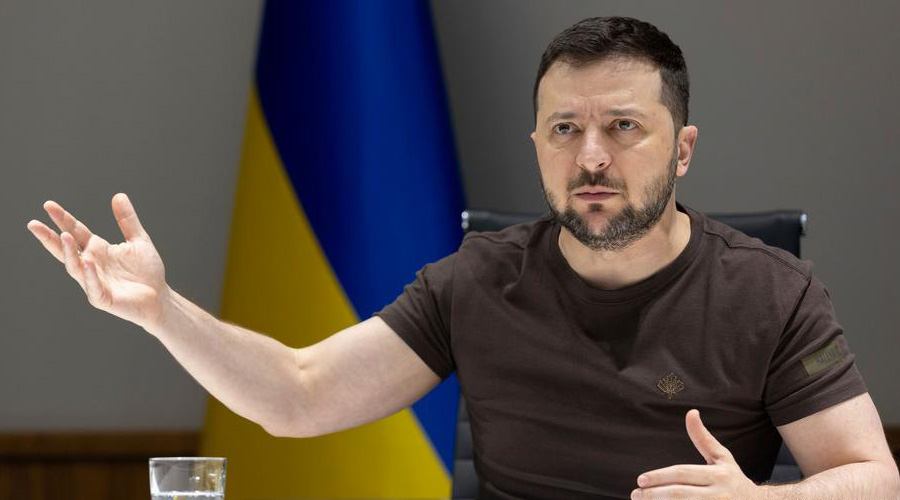 When Russia shifted its military campaign to focus on eastern Ukraine this spring, senior officials in the Biden administration said the next four to six weeks of fighting would determine the war’s eventual path.
That time has passed, and officials say the picture is increasingly clear: Russia is likely to end up with more territory, they said, but neither side will gain full control of the region as a depleted Russian military faces an opponent armed with increasingly sophisticated weapons.
While Russia has seized territory in the easternmost region of Luhansk, its progress has been plodding. Meanwhile, the arrival of American long-range artillery systems, and Ukrainians trained on how to use them, should help Ukraine in the battles to come, said General Mark A. Milley, the chairman of the Joint Chiefs of Staff.
“If they use it properly, practically, then they’re going to have very, very good effects on the battlefield,” General Milley told reporters travelling home with him this month after visiting Europe.
Pentagon officials said that meant Russia might not be able to make similar gains in neighbouring Donetsk, which along with Luhansk forms the mineral-rich region of Donbas. Ukrainian troops have been battling Russian-backed separatists in Donbas since 2014, when Moscow annexed Crimea from Ukraine.
After weeks of bloody battles in the east — with as many as 200 Ukrainian soldiers killed daily, by the government’s own estimate, and a similar or higher toll among Russian troops, according to western estimates — Russia holds roughly the same amount of territory in Donetsk as the separatists controlled in February before the invasion.
But US officials say they expect Russia to soon take over the entire Luhansk region. One defence official said he anticipated that the twin cities of Sievierodonetsk and Lysychansk would fall in days, as Russian forces pounded the area with heavy artillery and “dumb bombs” — unguided munitions that inflict high casualties.
According to reports over the weekend, Russian forces had broken through the Ukrainian front line in Toshkivka, a town just outside Sievierodonetsk and Lysychansk. Seizing Toshkivka would put the Russians closer to being able to threaten Ukrainian supply lines to the two cities, the last major population centres in Luhansk that have not fallen to Russia. As of Monday, it was unclear which side held Toshkivka.
Russian ground troops have advanced slowly, in some cases taking weeks to move one or two miles, US officials said. That might signal a lack of infantry soldiers or extra caution by Moscow after it experienced supply line problems in its disastrous first weeks of the war.
(New York Times News Service)