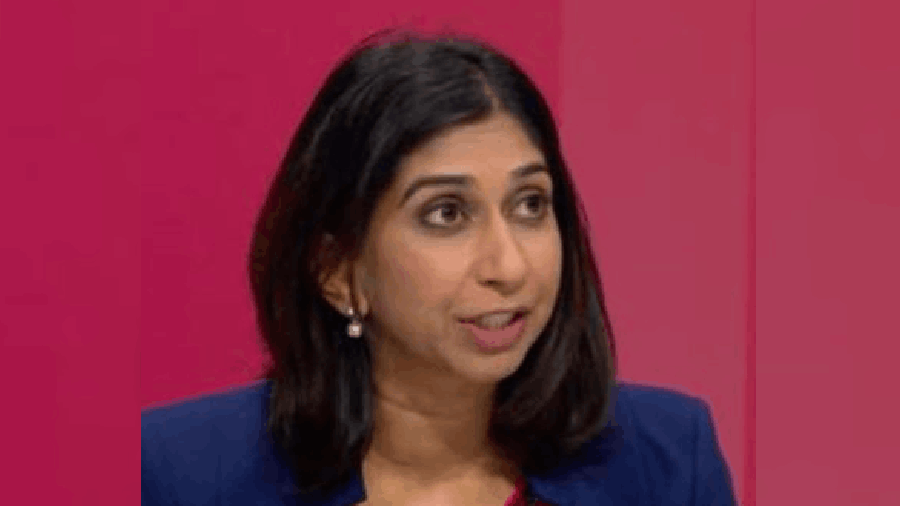 Suella Braverman, nee Fernandes, the Conservative Party member of Parliament for Fareham in south-east England, on Tuesday appointed as the UK’s new Home Secretary, succeeding fellow Indian-origin colleague Priti Patel.
The 42-year-old barrister, who until now served as the Attorney General in the Boris Johnson led government, was among the first contenders to throw her hat in the ring to replace Johnson as Tory leader and Prime Minister.
Braverman was named as the Home Secretary by newly-appointed Prime Minister Liz Truss.
“I want to embed the opportunities of Brexit and tidy up the outstanding issues and cut taxes, said Braverman, a prominent member of the pro-Brexit wing of the Conservatives who wants a clear break from Europe, including taking the UK out of the European Court of Human Rights (ECHR).
She referenced her personal migrant story as the London-born daughter of Hindu Tamil mother Uma and Goan-origin father Christie Fernandes, who migrated to the UK from Mauritius and Kenya respectively in the 1960s.
They loved Britain. It gave them hope. It gave them security. This country gave them opportunity. I think my background’s really informed by approach to politics, said Braverman in her leadership campaign launch video in July.
However, she was knocked out in the second round of the initial ballot of Tory MPs and threw her support behind Truss, who as Prime Minister has rewarded her with one of the highest offices in the UK government.
Liz is ready now to be PM. She won’t need to learn on the job. And the job is hard and needs to be done properly. The party has had a difficult six years and stability is urgently and swiftly needed, Braverman said of her future boss at Downing Street.
The Cambridge University law graduate married Rael Braverman in 2018 and her maternity leave famously brought about an overdue legal change last year to allow her to remain a Cabinet minister while away to give birth to their second child.
Braverman is a Buddhist who attends the London Buddhist Centre regularly and took her oath of office in Parliament on the Dhammapada’ scripture of Lord Buddha’s sayings.