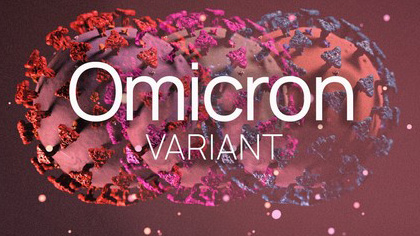 A coronavirus wave driven by the highly infectious omicron variant wave may be cresting in parts of North America and Europe, but new cases are still climbing in less-vaccinated regions, and World Health Organisation leaders warn that the global surge and the world’s wide vaccine gap could set the stage for another dangerous variant.
Maria Van Kerkhove, the agency’s Covid-19 technical lead, said in a livestream hosted on Tuesday that challenges existed in every country about reaching the most vulnerable unvaccinated communities.
“The fact remains that more than three billion people haven’t received their first dose yet, so we have a long way to go,” said Dr Van Kerkhove, noting that about 21 million cases were reported to the agency last week. “There are many countries still in the middle of this omicron wave.”
New daily cases remain at record highs globally, averaging about 3.3 million — an increase of more than 25 per cent over two weeks and a staggering rise compared with a rate of about 600,000 a day in early December, according to a New York Times database that uses data from Johns Hopkins University. Cases have continued to rise in Latin America, West Asia and Asia.
And omicron is still spreading in Eastern and Central Europe, where vaccination rates are lagging.
Although vaccine shortages are easing, only about 62 per cent of the world’s population has received at least one shot, and a striking divide between the rich and poor regions of the world remains. In low-income countries, only 10 per cent of the population has received at least one dose. In high- and upper-middle-income countries, 78 per cent have received at least one dose.
The potential consequences of the vaccine gap have been underscored by omicron, which was first identified in southern Africa.
New York Times News Service

WHO Meet Refuses to Admit Taiwan Amid China Pressure

China Warns Biden Not to ‘Underestimate Resolve’ on Taiwan