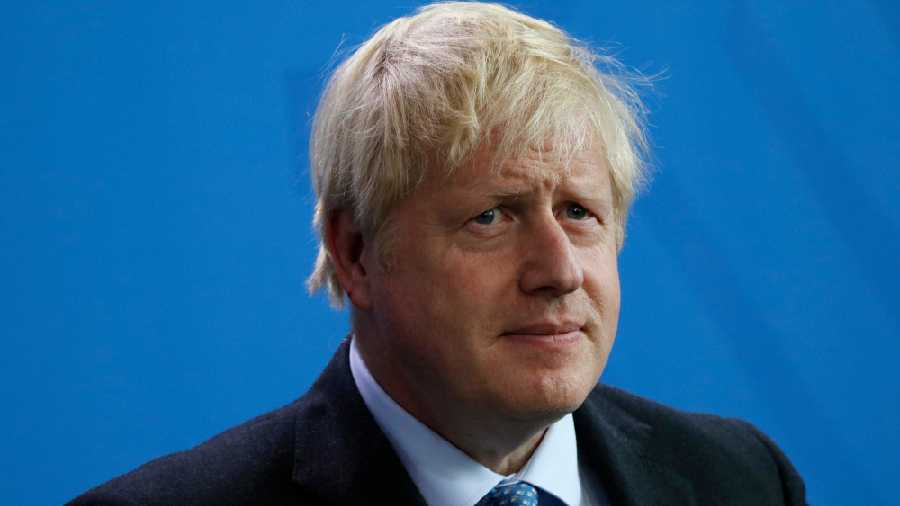 British Prime Minister Boris Johnson on Friday vowed to keep going amid a triple blow to his leadership after the Conservative Party chairman and one of his close allies stepped down following crushing defeats for the governing party in two important by-elections.
“We’ve got to recognise there is more we’ve got to do and we certainly will, we will keep going, addressing the concerns of people until we get through this patch,” Johnson, 58, told reporters on the sidelines of the Commonwealth Heads of Government Meeting (CHOGM) in the Rwandan capital of Kigali.
“It’s absolutely true we’ve had some tough by-election results I think as a government I’ve got to listen to what people are saying, in particular to the difficulties people are facing over the cost of living, which I think for most people is the number one issue. We’re now facing pressures on the cost of living, we’re seeing spikes in fuel prices, energy costs, food costs that’s hitting people, he said.
His statement came as the Tories lost Wakefield in the north of England to the Opposition Labour Party and Tiverton and Honiton in southern England went to the Liberal Democrats overnight on Thursday.
Both polls were seen as a de facto referendum on Johnson’s leadership of the party and as UK PM in the wake of the partygate scandal of COVID law-breaching parties under his watch at Downing Street.
The poll defeat led to Conservative Party chairman and one of Johnson’s close allies, Oliver Dowden, stepping down.
“We cannot carry on with business as usual,” said Dowden in his resignation letter, which is being interpreted as a sign for the rest of the Cabinet to join him in toppling the leader.
“Our supporters are distressed and disappointed by recent events, and I share their feelings Somebody must take responsibility and I have concluded that, in these circumstances, it would not be right for me to remain in office,” he said.
Dowden is the first Cabinet minister to step down amid ongoing Tory backbench discontent over Boris Johnson’s leadership following scathing findings of the partygate report last month, which prompted 148 Tory MPs to oppose the PM in a vote of no confidence earlier this month.
He described the by-elections as “the latest in a run of very poor results”.
The party chairman’s resignation came as the Conservatives lost a solid majority of 24,000 in Tiverton and Honiton a record majority reversal for the party. The second loss was of Wakefield, the so-called Red Wall seat which is made up of traditionally Labour-supporting areas in the north of England, the Midlands, and Wales which had switched their allegiance to the Tories under Johnson in the December 2019 general election.
Its return to Labour is being seen as a much-needed boost for Opposition Leader Sir Keir Starmer.
“Wakefield has shown the country has lost confidence in the Tories. This result is a clear judgement on a Conservative Party that has run out of energy and ideas,” said Starmer.
“I think it says that Labour is making real progress, rebuilding that red wall, rebuilding the trust of the electorate and people are ready for a fresh start, added Simon Lightwood, the newly-elected Labour MP for Wakefield which went to the polls after former Pakistani-origin Tory MP Imran Ahmad Khan’s resigned in the wake of his conviction over sexual assault.
Liberal Democrat leader Sir Ed Davey described his party’s win as stunning .
“This should be a wake-up call for all those Conservative MPs propping up Boris Johnson. They cannot afford to ignore this result, said Davey.
“The public is sick of Boris Johnson’s lies and law-breaking and it’s time for Conservative MPs to finally do the right thing and sack him,” he added.
Tiverton and Honiton went to the polls because its sitting Tory MP, Neil Parish, resigned after admitting watching pornography on his mobile phone in the House of Commons chamber.
Ahead of the by-elections, Johnson said “by-elections in mid-term are never necessarily easy for any government” and indicated it would be “crazy” for him to quit if he lost the two seats.