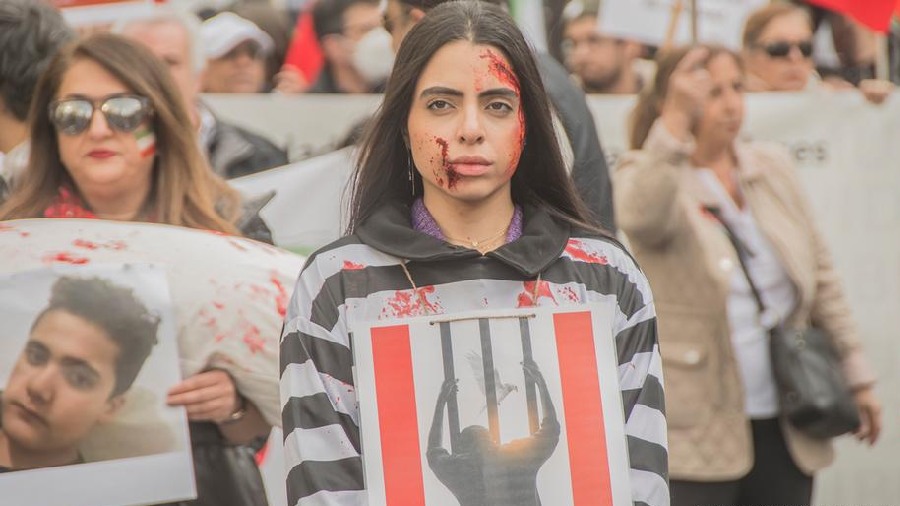 Iranian security forces have killed at least 488 people in a crackdown on protests, the Iranian Human Rights (IHR) group said on Tuesday.
Meanwhile, a general of the Iranian Revolutionary Guard Corps said “more than 300 martyrs and people” have been killed in the unrest, the first time authorities have acknowledged such a figure.
Protests broke out in mid-September in Iran following the death of young Kurdish woman Jina Mahsa Amini in police custody, who had been detained for allegedly failing to wear her veil according to the Islamic Republic’s strict dress code.
At least 488 people killed — NGO
Of the 488 people killed, 60 were children, the IHR, a nongovernmental organization, said.
It said 16 people were killed over the past week alone, of which 12 were killed in Kurdish-majority areas.
Kurdish-inhabited areas of Iran have been major sites of unrest. Amini herself hailed from the Kurdish city of Saqez in western Iran.
“The numbers are a minimum and only include cases verified by Iran Human Rights,” the organization said.
Besides the Kurdish region, areas inhabited by the Baloch minority have also been a target of repression, IHR director Amiry-Moghaddam said. The largest number of deaths was registered in the Baloch-majority southeastern Sistan-Baluchistan province, where 128 people have been killed.
Kurds mostly live in Iran’s west and a number of neighboring countries, while the Baloch people inhabit southeastern Iran and parts of Pakistan. The Baloch are predominantly Sunni, while Iran has a Shiite Muslim majority.
Last week, the UN Rights Council voted to set up a probe into Tehran’s crackdown on protests.
“Authorities know full well that if they cooperate with the UN fact-finding mission, an even wider scale of their crimes will be revealed,” Amiry-Moghaddam said, adding that he did not expect authorities to work with the UN’s fact-finding mission.
Authorities report over 300 dead
“I don’t have the latest figures, but I think we have had perhaps more than 300 martyrs and people killed,” Brigadier General Amirali Hajizadeh said in a video published by Iran’s semi-official Mehr news agency.
Among those killed were some of the “best sons of the country,” the general of the Revolutionary Guards said, adding that “everyone in the country has been affected by [Amini’s] death.”
The figure includes protesters killed in the crackdown as well as dozens of police, troops and Revolutionary Guards who have died in clashes.
This is the first time Iranian authorities have acknowledged such a figure.