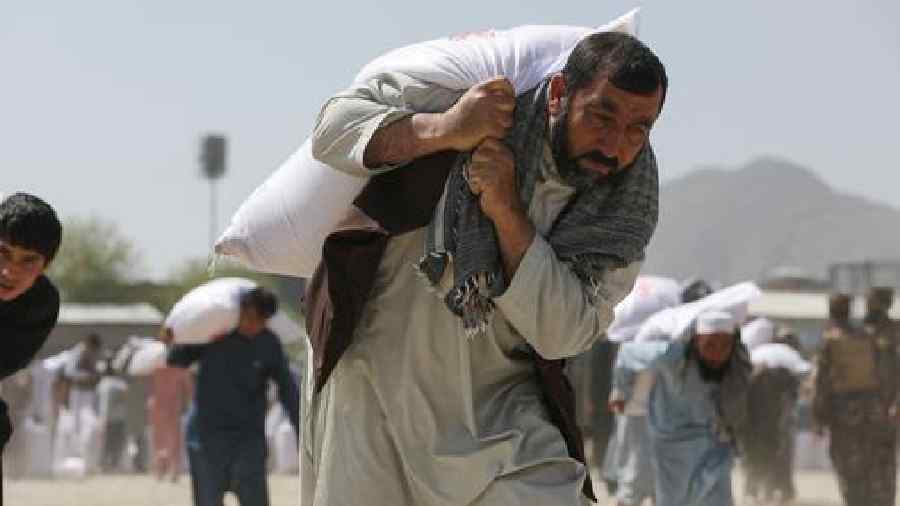 The house, a structure of mud and wood-like man y others in southeastern Afghanistan shook when the earthquake hit after 1am on Wednesday, and Mohammad Azam Qanuni thought the roof was going to cave in.
“My wife and children were scared and screaming, but we made our way to the corner of the house and still did not know what had happened,” said Qanuni, 35, who lives in a village called Afghan Dubai in Khost Province and has five children.
“Thankfully, we were not harmed.”  But Qanuni’s house and hundreds of others in the region were left uninhabitable by the earthquake, the deadliest in Afghanistan in two decades. More than 1,000 people died and 1,600 others were injured, with the neighbouring province of Paktika suffering the worst damage.
In the Sperah district of Khost, which includes Qanuni’s village, the death toll was more than 25, and more than 40 other people were injured, he said. Residents were looking for survivors in the aftermath.  “For now, we still are busy pulling the dead or injured from under the rubble,” said Sarhadi Khosti, 26, another resident of the district.
In one village, as many as 17 members of the same family were killed when their home collapsed, according to Mohammad Almas, the head of aid and appeals at Qamar, a charity active in the area. Only one child survived, he said.
New York Times News Service