World swimming body got it wrong with trans women 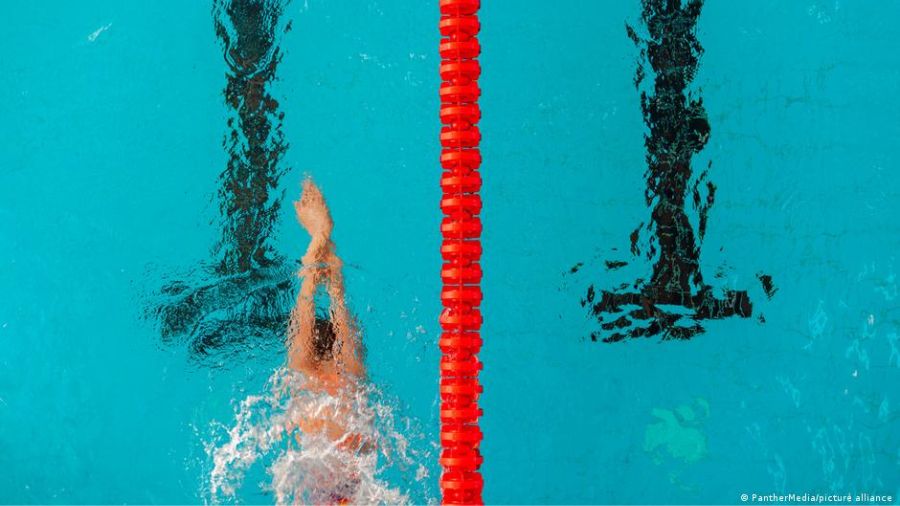 FINA has largely banned trans women from female categories. But such policy is based on a flawed premise and risks marginalizing them, argues researcher and guest writer Blair Hamilton.
FINA, the governing body of swimming, recently issued a policy change that restricts transgender women from competing at the elite level if they have gone through any part of puberty with high testosterone concentrations. This translates into most, if not all, trans women being banned from participating in the female category.
It was followed by the International Rugby League, which moved to ban transgender athletes from women’s international competitions ahead of a new policy for 2023, citing the “welfare, legal and reputational risk” to the game and players.
Meanwhile, the UCI, which governs cycling, last week halved the limit on testosterone concentration and doubled the required time for testosterone suppression for trans women to two years.
Yet the International Olympic Committee last year reversed its then-requirement that athletes suppress their testosterone before competitions for one year, dismissing it as “medically unnecessary.”
There are too many mixed signals around trans women’s eligibility to participate in the female category of sport at present.
Although data indicate that trans women athletes are not equivalent to cisgender men (that is, people born into the body of a man and identifying as a man), they are being judged as such.
Understanding hormone treatment
Gender-affirming hormone treatment, or GAHT, is when trans women suppress their testosterone in conjunction with estrogen supplementation. The goal is to get trans women’s testosterone concentrations into the reference ranges for cisgender women.
Such treatment also stops the discomfort of that person in their body, thus providing the transgender athlete with better quality of life — making it medically necessary for these people.
Reducing testosterone concentrations mitigates some, but not all, of the results of going through puberty with high concentrations of testosterone. People who have gone through this process have on average, longer bones, higher muscle mass and higher concentrations of oxygen-carrying hemoglobin.
While GAHT cannot shrink bones, suppressed testosterone does result in reduced muscle mass over time and inhibits the ability to build as much muscle as those who have high concentrations of testosterone. Testosterone suppression also greatly reduces hemoglobin concentrations to cisgender female levels, while estrogen supplementation greatly increases the total body fat percentage in trans women.
This results in what we call reduced fat-free mass. Fat provides resistance for movement, as opposed to a muscle, which provides torque for movement. Consequently, the more fat-free mass someone has, the better athlete they are likely to be — independent of skill level. The basis of the argument against allowing trans women to compete in female categories is that these athletes are unable to reverse the results of a high testosterone puberty.
Data indicates situation is more complicated
Any decision needs to be driven by performance data from trans women athletes, but such data is scarce due to these athletes being greatly underrepresented in sport. And a look at the available data does not provide a definitive answer as to the impact of GAHT on athletic performance in athletes.
A relatively unknown study from 2021 took strength data from eight trans women and eight matched cisgender males and females. It found that the measured strength of trans women was not as low as cis women, but nowhere near as high as cis men.
But when the strength of cis men and women was divided by their fat-free mass, they were equal. Conversely, when trans women’s strength was divided by their fat-free mass, they were around 19% weaker, kilogram for kilogram, than cis men and women. A worthy avenue of exploration.
Couple this with the reduction of the oxygen-carrying hemoglobin in blood to cisgender female levels after around three months of GAHT, and a trans woman’s body will be significantly underpowered after a considerable period of such treatment. Less delivery of oxygen to the working muscles produces a higher rate of metabolites and consequently results in muscle fatigue, a second worth avenue of exploration.
Let’s not be too hasty
Based on this data, a cisgender male and a trans woman cannot be equated. Yet I fear this is the basis of the new FINA policy.
Trans women are physiologically different from even before the onset of GAHT, and there are additional social as well as physical factors at play here, hence I believe the basis of the policy is flawed.
I firmly believe testosterone suppression coupled with estrogen supplementation is the best way to make decisions for the eligibility of the female category of sport. I believe it’s ultimately a question of how long that treatment should be for each sport; however, data must do the talking for me.
The burden of proof falls on those of us in the laboratory to disprove these policies and provide answers. Unfortunately, this will take months or even years to complete.
This makes our work more important than ever.
And until we arrive at some data-based conclusions, let us not judge trans women athletes as guilty until proven innocent. The trans community has been marginalized enough already.
From Deutsche Welle Newsfeed