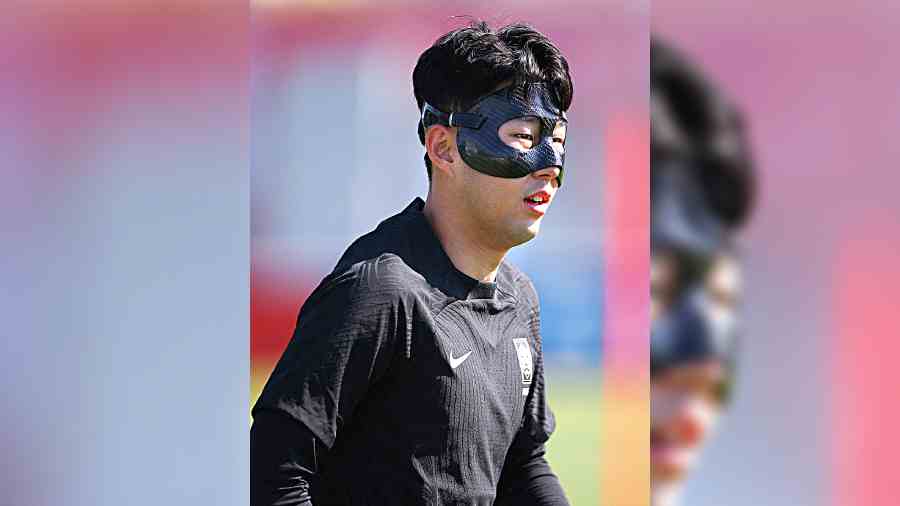 On paper, Uruguay appear to be the favourites against South Korea when the two teams lock horns in their Group H opener at the Education City Stadium on Thursday. But Argentina’s shock defeat to Saudi Arabia on Tuesday sent a message loud and clear to the higher-ranked sides: they cannot take any opposition for granted.
Besides, the Saudis’ win over Lionel Messi and Co. should also be serving as a catalyst for the South Koreans. who will be buoyed by the availability of their ace striker Son Heung-min. Son will be able to feature in the game wearing a mask, coach Paulo Bento said as the forward returns from a surgical procedure to stabilise a fracture around his left eye.
Son was injured midway through Tottenham Hotspur’s Champions League tie at Olympique de Marseille earlier this month. “Sonny will be able to play. I think the fact that he will be wearing a mask is not an inconvenience for him. It’s quite natural for him,” Bento said on Wednesday.
His Uruguayan counterpart Diego Alonso, who replaced Oscar Tabarez last December, believes he has the “best players in the world” whose fierce national pride makes them contenders for another World Cup run.
Having said that, the Uruguayans have “utmost” respect for Son while Alonso said his team won’t necessarily seek to exploit the South Korean’s physical concerns on the field.
The two-time world champions have a squad that’s injury-free, Alonso said, barring Barcelona defender Ronald Araujo, who underwent thigh surgery in September but was making good progress.
The squad comprises six players who are 35 years or older alongside 13 first-timers with Liverpool striker Darwin Nunez being one among them. Longtime captain Diego Godin is 36 and will add to his 150- plus appearances for Uruguay.
Written with Reuters inputs
Switzerland manager Murat Yakin said on Wednesday the current national team is the “best that ever existed”.
Yakin predicted the country would have its best showing at any World Cup in Qatar, where they will also face Brazil and Serbia.
“I think that we are seeing the best Swiss national team that has ever existed,” Yakin told a news conference. “We have improved a lot and now we want to write history. We are here to win and we want to get to the next round.”
Reuters

New Zealand bowl out India for 219 in third ODI