Trailblazer in her own right, Serena does as Serena wants 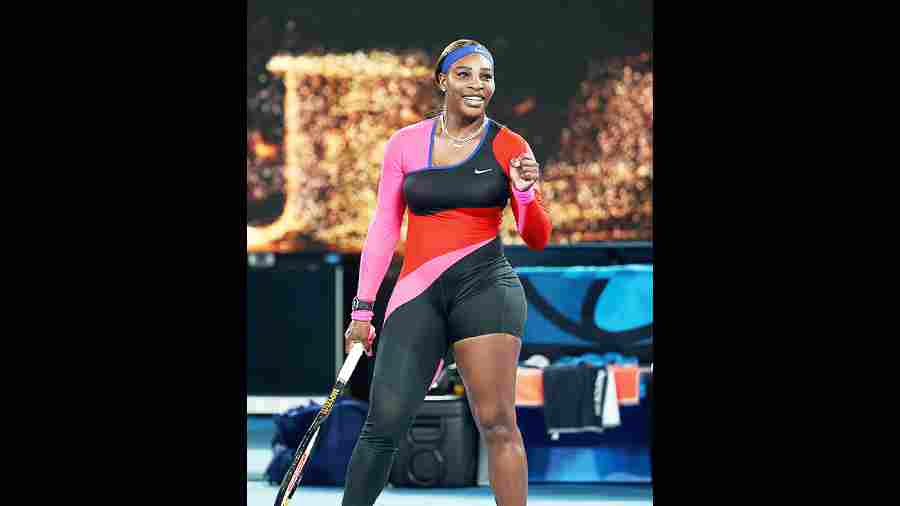 She is a symbol. A persona. An athlete who has gone far beyond the footsteps of her trailblazing sister and came to rule a cloistered, mostly white sport. She refuses to stop there.
Announcing her plans to retire from tennis, Serena Williams said on Tuesday that she will focus her life far beyond sports, instead prioritising being a mother, a fashion maker, a venture capitalist and much more. She will design her future as she sees fit.That’s oh-so-Serena.
She has always done it her way. It has made her special, uniquely skilled and beloved — and has sometimes drawn criticism. Her announcement, in a Vogue magazine cover story released on Tuesday, that she would be leaving tennis after playing the US Open later this month, befitted the transcendent figure she has become.It is easy to forget that her championship journey, which came to include 23 grand slam singles titles, just shy of the record of 24 set by Margaret Court, began with a win at the US Open in 1999.
At 17 years, Serena became the first Black player since Arthur Ashe in 1975 to win a grand slam singles title and the first Black woman to emerge victorious in a slam since Althea Gibson in 1958.Serena became the personification of athletic greatness and — for at least two decades — carried the aspirations of gender and racial equity.Along the way, she showed the world the incredible power of breaking boundaries and obliterating norms. The Vogue first-person account feels tellingly symbolic, even if it was long expected, given Serena’s struggles competing in recent years.She did not break the news on her Instagram account,on ESPN, or in a post-match news conference. No, Serena does what she wants, when she wants, in the way she wants.With the retirement news, our memories of her come in waves. Oh, how she loved to entertain and put on a show. She drew multitudes to the moment, bringing along those who would never otherwise watch a tennis match.
Those new fans, and many tried-and-true tennis lovers stood behind her when she struggled or found herself enveloped in disputes over the fierce way she sometimes punctured norms of on-court decorum.Race can never be discounted when we speak of Serena, or of Venus Williams, the older sister who started it all. Their colour and physical stature, cast against a tennis world where only a few shared a similar look, felt showstopping.Ashe and Gibson were fine players who were occasionally great. A smattering of other Black players, male and female, made brief but important marks on tennis. Nobody strode atop the game or dominated it with the pounding consistency of the Williams sisters.Nothing Serena ever did was confined by tradition.
Think of not only Serena’s game but her style. She wore clothing that flowed and swung, or that proudly showed her stomach and strong shoulders. She made the full-body catsuit a thing at the US Open of 2002 and the talk of Paris at the French Open of 2018.“I feel like a warrior in it, a warrior princess,” Serena told reporters at the French Open, as she referred to the movie Black Panther.“It’s kind of my way to be a superhero.”
Sure, noting her fashion might seem superficial and superfluous. But tennis is one of those games bound by a tradition of exclusion and uniformity. Serena blew all of that up.Here’s another way she leaped beyond old bounds. Recall that Serena won the 2017 Australian Open while she was two months pregnant.Then she nearly died in labour. Then recall her comeback after giving birth to Alexis Olympia. She would make four more major championship finals.And her comeback helped lead to an important rule change — allowing players to enter tournaments based on their pre-pregnancy rankings for up to three years after giving birth. This looks like the final stage of her career, but I wouldn’t be shocked if perhaps with a second child or more in tow, she pops up on the professional tour again. If Serena Williams wants to, she’ll do it.
NYTNS