Time to plug holes in bowling 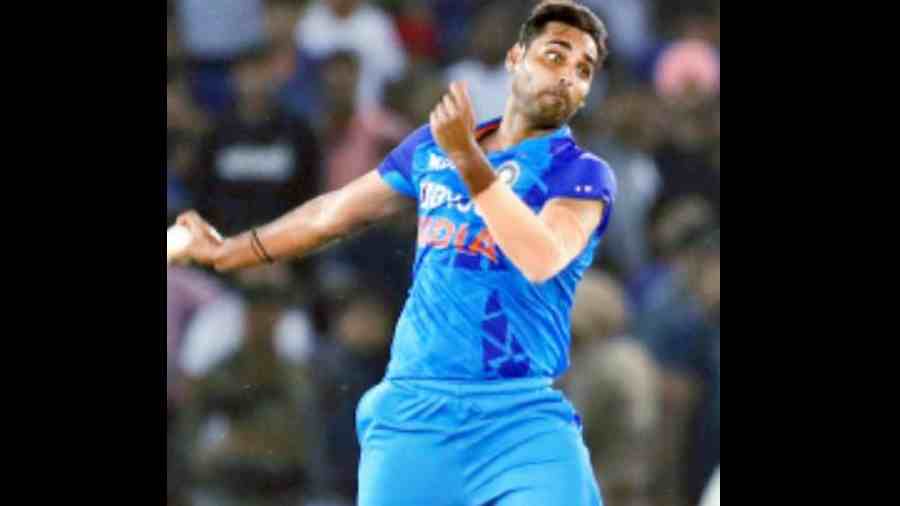 If not for Axar Patel’s figures of 3/17, Australia could well have chased down the 209-run target in Mohali on Tuesday with a good two-three overs to spare in the first T20I. The three dropped catches, too, hurt India, but their inability to defend a 200-plus total boils down largely to the below-par bowling that was on show. Moreover, if one bowler commits the same error, again and again, it’s imperative for the team management to take up the matter and have clear communication with the individual.
With due respect to Bhuvneshwar Kumar’s wealth of experience as a pacer, it’s his faulty bowling in the penultimate overs that has been one of the primary reasons behind India’s failure to reach the Asia Cup final and the defeat on Tuesday.
Agreed, barring Axar, almost all the other Indian bowlers finished with poor economy rates. The Mohali pitch, too, was more like a highway, but for someone as experienced as Bhuvneshwar, a better effort was expected than his figures of 4-0-52-0. Harshal Patel getting hammered for 22 in the 18th over of Australia’s run chase had certainly added to the pressure on Bhuvneshwar before he gave extra room and width to go for 16 in the next over.
But even in the three overs he had bowled prior to the penultimate one, Bhuvneshwar had conceded 36 runs, which reflects it’s not just in the final overs where he’s struggling. “Bhuvi could’ve come round the wicket against (Matthew) Wade and tried to make use of the angles,” former national selector Devang Gandhi pointed out.
“Also, in these situations, you need to try out the slower delivery and other such variations… Can’t just keep bowling length balls in slog overs.”
Shami absence
Madan Lal, former head of the BCCI’s cricket advisory committee, was straightforward in his analysis. While he doesn’t see much hope for Bhuvneshwar if the ball isn’t moving, Lal was equally surprised with Mohammed Shami’s absence from India’s T20 World Cup squad.
“It shows that if there’s no movement, Bhuvneshwar is not effective,” the former India pacer, who played 39 Tests and 67 ODIs, told The Telegraph on Wednesday. “He doesn’t have that extra pace to rattle batsmen, something that Shami is capable of. “I seriously don’t know why Shami has been kept out, especially when the World Cup will be played on fast, bouncy pitches in Australia. Jasprit Bumrah and Shami ought to be your two frontline quicks in Australia.
“And then they picked Umesh Yadav yesterday (Tuesday) when there were others (Arshdeep Singh and Deepak Chahar) available. Going back to Bhuvneshwar, the slower one also may not be too potent a weapon for him as the batters can gauge it better nowadays. One can only wait and see if he can buck up by bowling the stump-to-stump line,” Lal elaborated.
Bumrah’s return
The return of Bumrah, who was rested for the first T20I, should bring some relief to India’s bowling attack. “Jasprit not being there obviously makes a big difference. We all know what he brings to the table and how important he’s for us,” all-rounder Hardik Pandya said.
But will Bumrah be able to fire immediately and be at his sharpest best if included in the XI for Friday’s second T20I in Nagpur? “It’s not very easy to take wickets at the drop of a hat as he’s returning (from a back injury) after two months,” Lal, also a former national selector, said.
“Yes, he’ll provide a little more edge to the bowling attack, but the other guys also need to step up. I would say they (selectors) have gone in with some bowlers who are just unable to take wickets.”