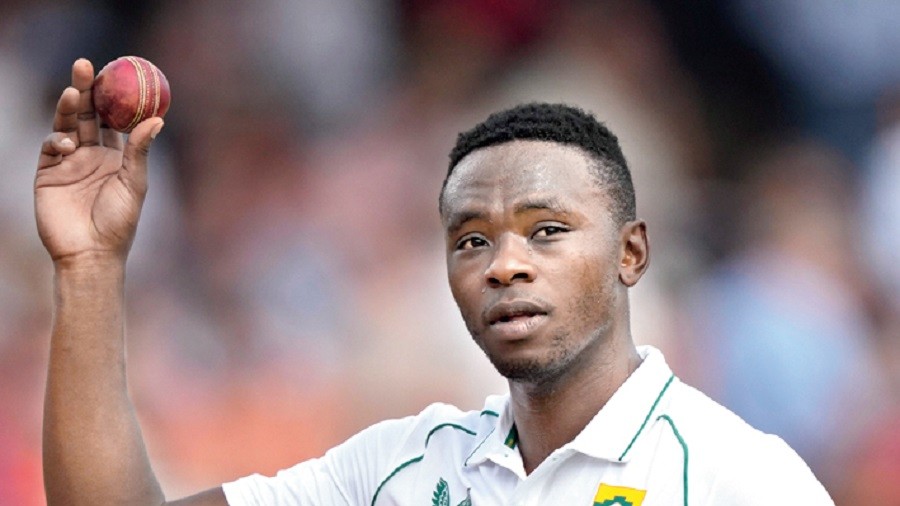 ‘Bazball’ was put on the back burner as South Africa’s seamers removed England’s top order cheaply and reduced them to 116 for six before rain forced early stumps on Day I of the first Test at Lord’s.
The entire final session on Wednesday was washed out. Ollie Pope is unbeaten on 61 and will resume the England first innings with Stuart Broad (yet to open his account) when play gets underway on Thursday. The visitors managed to take the wicket of Ben Foakes just before tea as he was bowled by the fiery Anrich Nortje (3/43), who crossed 150kmph with some of his deliveries.
The tale of the first day of the Test was South Africa’s aggressive and accurate fast bowling rather than England’s swashbuckling style with the bat that had brought the home side four excellent Test wins in a row earlier in the summer. South Africa won the toss and elected to bowl under overcast skies, with England captain Ben Stokes conceding he would have done the same.
Kagiso Rabada (2/36), who was doubtful going into the game with an injury, made an excellent start, dismissing both England openers. Alex Lees (5) went too hard at a delivery just outside his off-stump and was caught comfortably by wicketkeeper Kyle Verreynne, while Zak Crawley (9) edged to a diving Aiden Markram at second slip. Crawley now has eight single-digit scores in his last 11 Test innings.
Joe Root (8) scored a superb unbeaten century here earlier this summer but could not replicate that as he was trapped lbw by left-arm seamer Marco Jansen. Jonny Bairstow has also had a golden summer, but he missed a rapid straight delivery from Nortje and was bowled for a duck, beaten by sheer pace. Stokes looked to attack the bowling and reached 20 from 30 balls before he was caught by third slip Keegan Petersen off Nortje in the last ball before lunch to compound a miserable morning for the hosts.
The Proteas bowlers certainly did a fine job. But what hurt England again was their opening pair’s inability to deliver in challenging conditions.  Their openers’ vulnerability once again made the job tougher for the rest of the batsmen.
Brief scores: England 116/6 (O. Pope 61 batting; A. Nortje 3/43) vs South Africa. Stumps, Day I Reuters