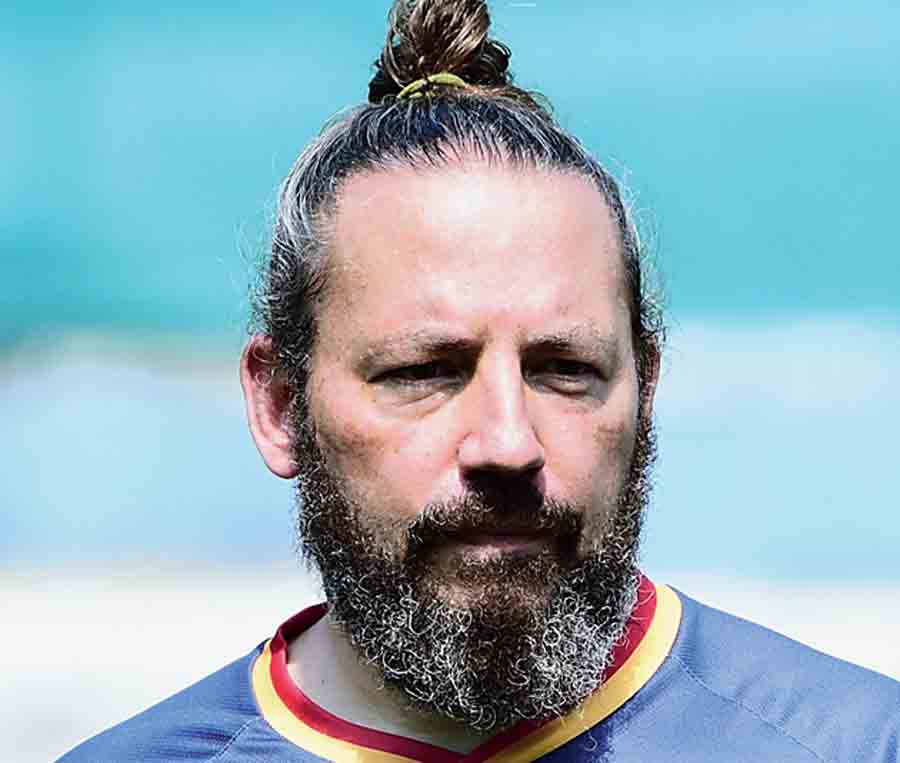 Ahead of his first Indian Super League game in charge of SC East Bengal (SCEB), Mario Rivera looks calm and composed. The Spaniard’s immediate challenge will be to guide SCEB to their first victory of the season when the team takes on FC Goa at the GMC Athletic Stadium in Bambolim on Wednesday.
FC Goa have not had the best ISL season themselves, languishing at the 8th spot in the ISL table with 13 points in 11 matches.
Talking to the media ahead of the match, Rivera sounded confident yet cautious.
“My first goal is to change the mood of the team. When you join a team in the middle of the season, it means the team has not been doing well. I will try to improve the mental situation of the players. The team is in a much better situation than before; now, my challenge is to get the best out of the players,” he said.
“I love total football, I love to attack, and we will try to improve ourselves on the attacking front. The players gave their all in the last few matches, but in football, the balance has to be there in defence and offence. In order to win a match, you have to be better than the opponent in all aspects,” he said.
Asked about the challenges of taking over a team mid-season, Rivera acknowledged that it is demanding. “I didn’t have much time to get to know the players. It becomes difficult to implement the changes in such a short period, but we will put our best foot forward,” Rivera said.
Rivera also revealed that he spoke to interim coach Rennedy Singh every day during his quarantine period. “We talked about the team a lot,” he said. The Spaniard ruled out the chances of new Brazilian forward Marcelo Ribeiro dos Santos playing in the next match. “Marcelo is not available as he is not yet ready to start,” Rivera said.
Unbeaten in their last three games, FC Goa will look to climb up the ladder with a victory on Wednesday which will see them move up from the bottom half of the table and close the gap on the top four teams.
“When I came in, I did not want to change too much. We kept the same formation, the 3-4-3 system, but just adjusted the structure and the boys have responded well. There is always scope for improvement,” coach Derrick Pereira said on the eve of the game.