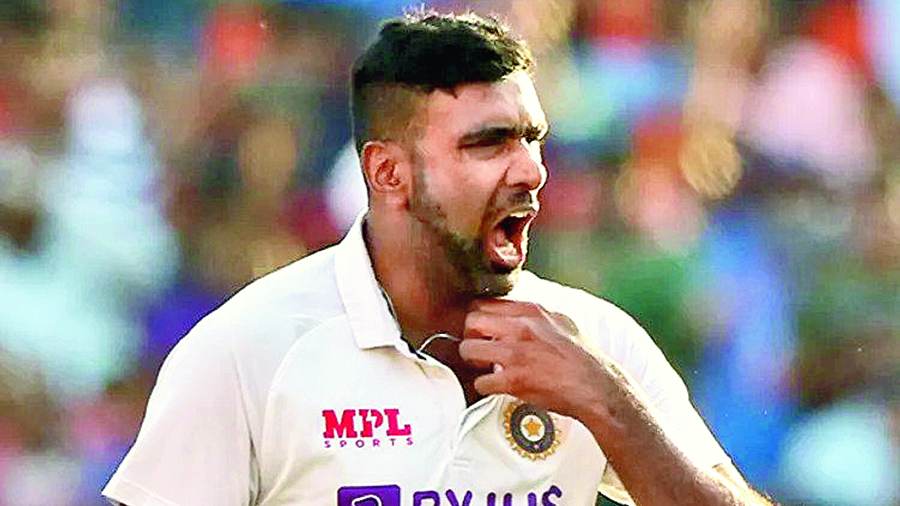 Ravichandran Ashwin will leave for London on Wednesday after having recovered from Covid-19. The off-spinner had been in home isolation and couldn’t accompany the other Test specialists on the flight to London last week.
The rescheduled fifth Test against England will be held at Edgbaston from July 1. India lead the unfinished series 2-1 ahead of the final Test.
As per BCCI norms, all players had to undergo RT-PCR tests once they returned from their respective homes ahead of the team’s departure for England. Ashwin is learnt to have tested positive for Covid-19 during such a test in Chennai.
Ashwin will also be tested on arrival in London before being allowed to join his teammates in Leicester. It is expected that Ashwin will be available for the Test in Birmingham, though the national selectors had kept Jayant Yadav as standby.
It may be recalled that Ashwin had decided to play for his local team Mylapore Recreation Club after playing the IPL final for Rajasthan Royals last month. He played in the semi-final and final and helped his team clinch their maiden Chennai first division title. The off-spinner had been quoted as saying that he took part as part of his preparations with the red ball.
The rest of the squad are already in Leicester and preparing for their lone four-day warm-up game against Leicestershire from Friday. Bowling coach Paras Mhambrey and batting coach Vikram Rathour had overseen the first day’s practice in Leicester.
Head coach Rahul Dravid, Rishabh Pant and Shreyas Iyer reached Leicester from London on Tuesday after finishing the T20I series against South Africa. Dravid was present during Tuesday’s nets session.
Former captain Virat Kohli is learnt to have delivered an “inspirational” speech during the team huddle ahead of Tuesday’s training session. Kohli spoke about “closing in on history” in what will be India’s first series victory in England since 2007. Dravid had been the captain on that occasion. Kohli was captain in the unfinished series last year.
Current captain Rohit Sharma was seen to be going through an intense net session with Shubman Gill in videos posted by the BCCI. Gill is likely to open with Rohit in the Test as KL Rahul will miss the series due to a groin injury.
Rohit and Rahul were instrumental in India taking a 2-1 lead against hosts England last year. While Rohit scored 368 runs in 4 Tests, including a hundred and two half-centuries, Rahul scored 315 runs with a hundred and a fifty.
Gill has not played a Test since last year’s home series against New Zealand and it will be an opportunity to prove his class after having impressed in Australia during the Border-Gavaskar Trophy.