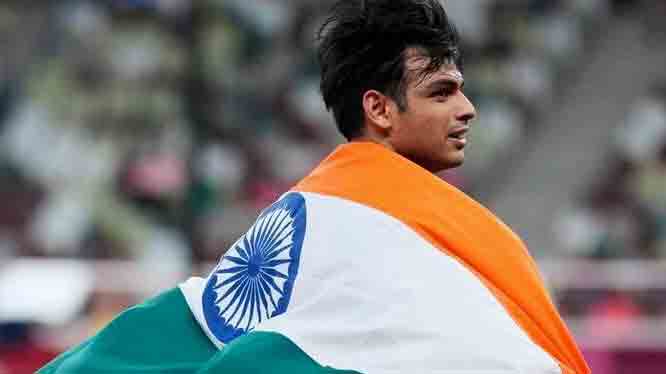 Olympic gold medallist javelin thrower Neeraj Chopra on Thursday achieved yet another feat as he became the first Indian to win the prestigious Diamond League Finals title in Zurich. Neeraj began with a foul but jumped to the top spot with a throw of 88.44m — his fourth career best — in his second attempt, and that turned out to be his winning effort. He had 88.00m, 86.11m, 87.00m and 83.60m in his next four throws.
Olympic silver medallist Jakub Vadlejch of the Czech Republic finished second with a best throw of 86.94m which he registered in his fourth attempt. Julian Weber of Germany was third with a best throw of 83.73m.
The 24-year-old Indian superstar is now the Olympic champion, World Championships silver medallist and Diamond League champion. All this he has achieved within just 13 months. He won the Olympic Games gold on August 7 last year in Tokyo.
Neeraj has produced a 88m-plus throw six times this season which showed his consistency. He holds the national record of 89.94m, which he also achieved this season. “I will try for 90 next season,” Neeraj said later. “Golds, Silvers done, he gifts a 24-carat Diamond this time to the nation, Ladies & Gentlemen, salute the great #NeerajChopra for winning #DiamondLeague finals at #ZurichDL with 88.44m throw,” tweeted the Athletics Federation of India. Neeraj was also awarded a diamond trophy, $30,000 prize money and a wild card for the 2023 World Athletics Championships in Budapest. He, however, has already qualified for the meet when his Lausanne-leg winning throw breached the 85.20m qualifying mark.