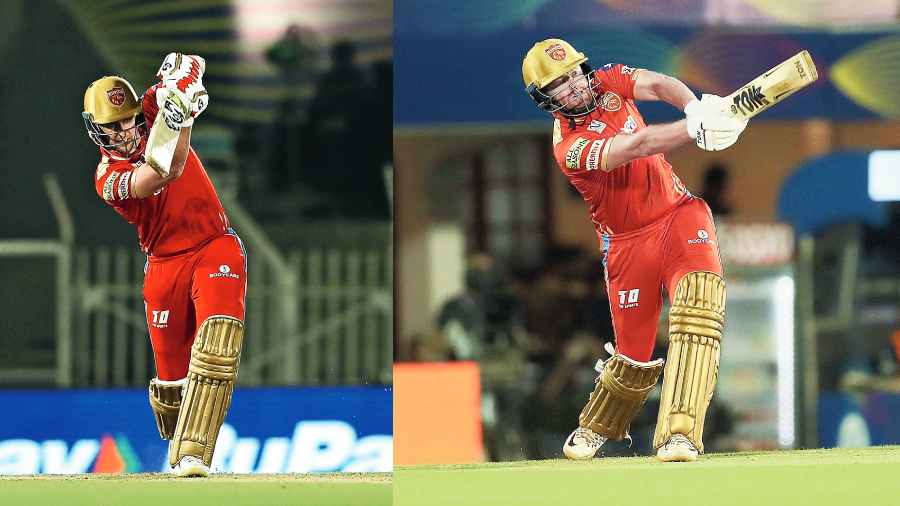 Eoin Morgan failed to find a franchise at the IPL mega auction this year. Back home in London, the success of the two prime batters of his T20 team is sure to bring the smiles back on his face.
It bodes well for the England limited-overs side that Jonny Bairstow and Liam Livingstone have been in such devastating form ahead of the T20 World Cup in Australia.
While Bairstow contributed 66 off 29 balls, Livingstone maintained the tempo to add 70 off 42 deliveries. The duo combined well to squash RCB’s challenge on Friday.
Chasing 210, RCB threw away a promising start to finish on 155 for nine. The 54-run victory kept Punjab Kings in the hunt for a playoffs berth while RCB have to win their remaining match against Gujarat Titans and hope other results go their way. RCB’s loss in fact has provided KKR and Sunrisers with a lifeline.
Virat Kohli began in sensational fashion, showing the touch and finesse that had made him one of the best in world cricket. RCB too raced to 33 in the fourth over but Kohli and Faf du Plessis’ departure in consecutive overs dashed their hopes.
Glenn Maxwell began in enterprising fashion but the disciplined Punjab Kings bowlers were difficult to admonish. Arshdeep Singh was again sensational in both the Powerplay and death overs. Kagiso Rabada began the
slide by getting rid of Kohli and RCB never seemed to be in the race.
Rishi Dhawan and Rahul Chahar were equally adept at the task but what stood out was Punjab Kings’ fielding. If Punjab Kings were able to bring in some consistency into their performance, they would have confirmed a top-4 berth by now.
Solid start
Bairstow set the pace with a 60-run opening stand with Shikhar Dhawan. The move to open the bowling with Glenn Maxwell hardly paid off as Josh Hazlewood’s reputation was torn to shreds by the opening pair, especially Bairstow. As a result, 83 came of the Powerplay overs.
Josh Hazlewood went for 40 runs in his first three overs, and then was carted around for another 24 by Livingstone in his final over.
Livingstone is turning out to be one of the most destructive batters in T20 cricket. Besides wielding enormous power, his sense of timing and daring approach spells trouble for the bowlers.
Wanindu Hasaranga bucked the trend somewhat. He now has 23 wickets this season, the joint-most with Yuzvendra Chahal.
The Sri Lankan leg spinner is gradually moulding himself into one of the best in the business and it was evident from his figures — 4-0-15-2.