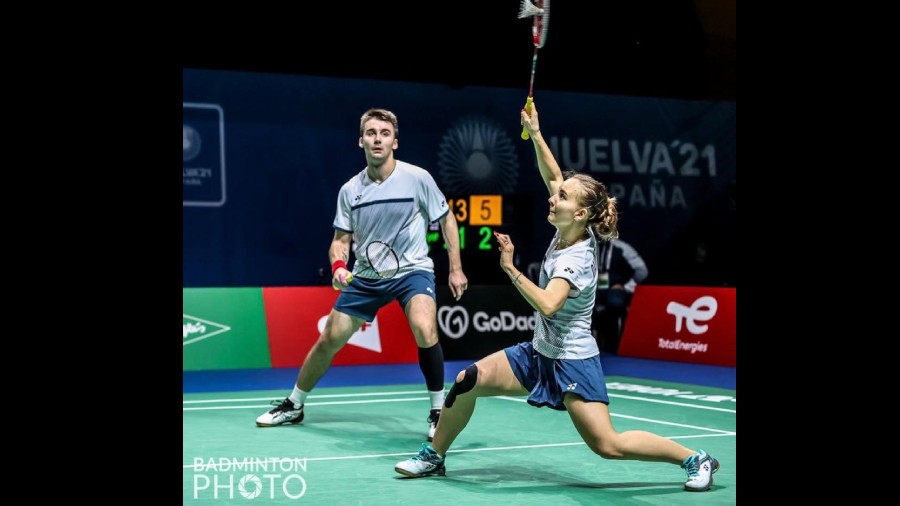 The India Open tournament was on Thursday rocked by the COVID-19 pandemic with as many as seven Indian shuttlers, including reigning world championship silver medallist Kidambi Srikanth, withdrawing from the event after testing positive for the virus.
The Badminton World Federation (BWF) announced this in the wee hours, before the Badminton Association of India (BAI) confirmed the names.
Besides Srikanth, the other players withdrawn are Ashwini Ponnappa, Ritika Rahul Thkar, Treesa Jolly, Mithun Manjunath, Simran Aman Singh and Khushi Gupta.
“The players returned a positive result to a mandatory RT-PCR test conducted on Tuesday. Doubles partners deemed close contact of the seven players have also been withdrawn from the tournament,” the world governing body said in a statement.
“The players will not be replaced in the main draw and their opponents will be given a walkover to the next round.”
N Sikki Reddy, Dhruv Kapila, Gayatri Gopichand, Akshan Shetty and Kavya Gupta were also pulled out of the competition after being deemed closed contacts of the infected. They, however, didn’t test positive for the virus.
While Sikki partners Ashwini in women’s doubles, Dhruv plays mixed doubles with Sikki, Akshan forms the mixed doubles team with Simran, while Kavya is the women’s doubles partner of Khushi.
Initially, the BWF didn’t reveal the names of the seven players.
Earlier, B Sai Praneeth, the 2019 world championship bronze medallist, double specialists Manu Attri and Dhruv Rawat had tested positive for the virus ahead of their departure for the national capital and had pulled out before the start of the tournament.
The entire England badminton contingent had also withdrawn ahead of the Super 500 event after the country’s doubles specialist Sean Vendy and coach Nathan Robertson tested positive for the virus.
Organised by the BAI, the 2022 edition of India Open is being held behind closed doors at the Indira Gandhi Stadium’s KD Jadhav Indoor Hall.
As per the COVID-19 protocols, all the participating players are being tested everyday at the hotel and outside the stadium.
Two-time Olympic medallist P V Sindhu, World Championships silver and bronze medallists Kidambi Srikanth and Lakshya Sen, London Games bronze winner Saina Nehwal are among the Indian players who have reached the second round of the tournament.
Among top international stars, world champion Loh Kean Yew, three-time men’s doubles world champion Mohammad Ahsan, and Thailand’s Busanan Ongbamrungphan are competing in the tournament, which is being hosted for the first time in three years following the cancellation of the last two editions due to the pandemic.
Delhi reported 27,561 COVID-19 cases, the second-highest single-day rise since the pandemic began, and 40 deaths on Wednesday.