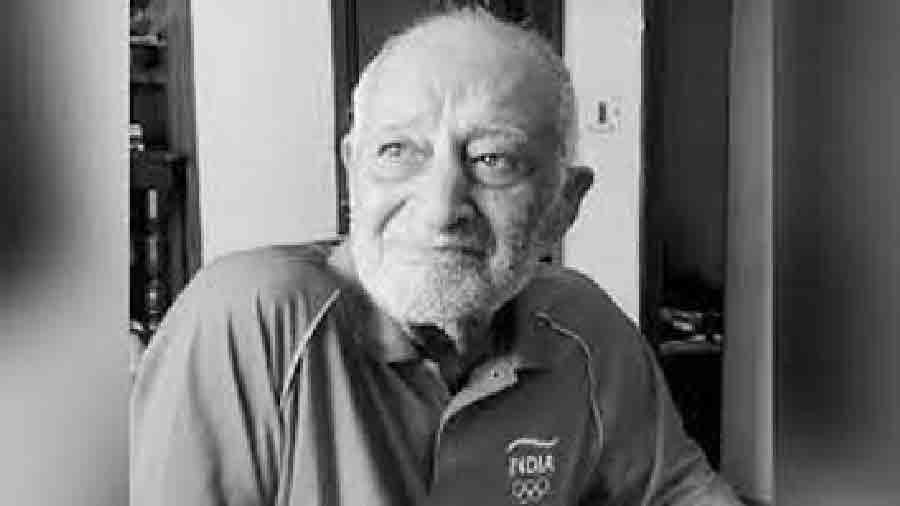 Captain of India’s 1964 Tokyo Olympics gold medal-winning hockey team, Charanjit Singh, died on Thursday at his home in Una, Himachal Pradesh after suffering a cardiac arrest that followed prolonged age-related illnesses. The former mid-fielder was 90 and would have turned a year older next month. He is survived by two sons and one daughter.
Charanjit suffered a stroke five years back and was paralysed since then. “Dad was paralysed after suffering a stroke five years back. He used to walk with a stick but since the last couple of months, his health deteriorated and this morning he left us,” his younger son V P Singh told PTI.
Besides captaining the Olympic gold-winning team in 1964, he was also a part of the silver-winning side in the 1960 edition of the Games. He was also a part of the 1962 Asian Games silver-winning team. “His last rites will be performed today after my sister reaches Una from Delhi,” V P Singh said.
His wife died 12 years ago. While his elder son is a doctor in Canada, his younger son was next to him when he breathed his last. His only daughter is married and based in New Delhi. His last rites will be performed this evening in Una.
The two-time Olympian was a part of India’s glorious days. A charismatic halfback, Charanjit had led the Indian team to a historic gold medal in 1964 Tokyo Olympics, beating Pakistan in the final and also featured in the Indian team that won silver in the 1960 Games in Rome.
Charanjit was an alumni of Col Brown Cambridge School, Dehradun and Punjab University. After his illustrious career in international hockey, he worked as the director of the physical education department in Himachal Pradesh University in Shimla.
He was one of the architects of India’s stunning performance at the 1960 Olympics before an unfortunate injury forced him to sit out of the final against arch-rivals Pakistan, which they lost by a slender 0-1 margin.
The 1960 disappointment still fresh in his mind, a Charanjit-led India turned the tables around four years later, defeating Pakistan by the same margin to clinch the gold medal.
Recollecting the fond memory in the lead-up to last year’s Tokyo Olympics, Charanjit had told Hockey India Flashback Series: “Both the teams were regarded among the strongest teams during that time, and we had a very challenging outing against them (Pakistan).
“Moreover, you know, how intense it becomes when you play against Pakistan that too in the final of the Olympics. The match was also interrupted briefly to cool down the tempers of both teams. “I told my boys to focus on the game, rather than wasting time talking to them. We were tested hard but also showed great character, and won the match by a narrow 1-0 margin to return home with that historic gold medal.”
Speaking further about his Olympic achievements, Charanjit had said, “Winning two medals for the country has been a moment of pride and honour for me. You know, after winning the gold medal at the 1964 Tokyo Olympics, we were accorded a warm welcome on our arrival at the airport, a lot of fans had assembled, and it was a very special feeling for every one of us.”
“Hockey was a very popular sport in India. It was given more importance because of the rich history, and our country had dominated in this sport in early years. We had won many gold medals at a prestigious event like the Olympics, and that was the key reasons behind it.”
Hockey India condoled the death of Charanjit, saying that the country has lost a legend of the sport.
“It is a sad day for the hockey fraternity. Even in his old age, he would light up every time there were conversations about hockey and he could accurately recall every great moment he was part of during India’s golden days of hockey.
“He was a legendary halfback who inspired an entire generation of players. He was a very cool-headed captain and he will forever be remembered for his incredible skills on the field and for his humility off the field,” HI president Gyanendro Nigombam said.