Hardik Pandya takes on No.5 mantle 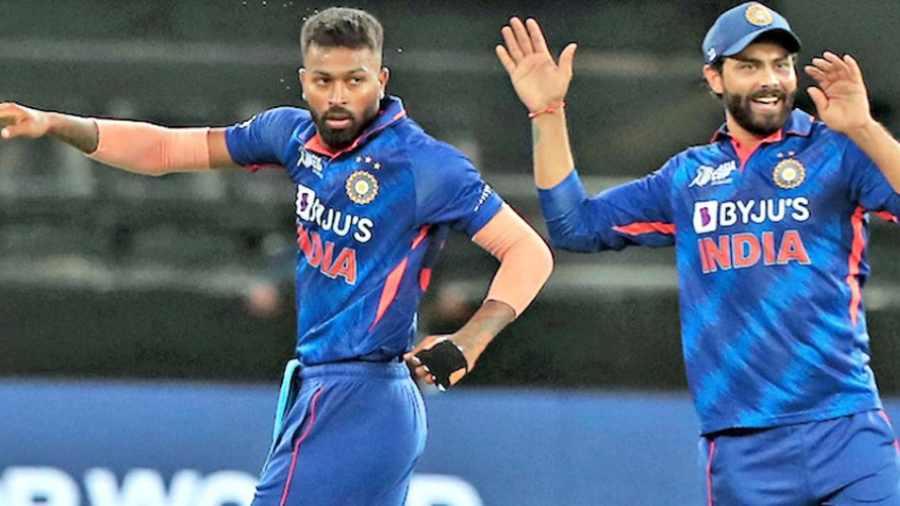 Hardik Pandya played a massive part in India crossing the 200-mark in the first T20I versus Australia in Mohali on Tuesday.  What bodes well for India’s batting group is along with the big strokes flowing from his blade, Pandya has also been able to provide some much-needed solidity at the No.5 position, which will be crucial leading up to the T20 World Cup in Australia beginning next month. On his part as well, the all-rounder is focused on carrying his role out to his fullest capacity.
“I see my role at No 5. I have been told to bat at five and I bat at five,” Pandya said at Tuesday’s post-match news conference.
“There’s no rocket science in it. I enjoy wherever and whenever I get an opportunity to bat. Batting is very close to my heart, so as many balls I get to face, I don’t mind. If I get to bat 10 balls, that’s also fine.”
Having re-established himself as one of the vital cogs in the Indian team, Pandya’s effort is to always be “one step ahead” of the opposition. Neither does he read too much into his successes or failures.
“I know I’ve had a lot of good days lately, but even on my good days, my focus is how can I get better,” he stated. “Given the kind of career graph I’ve had, I don’t make a big deal of my performances or my failures.
“I have scored zeros as well, but I have stayed neutral. I had a good game today (Tuesday), but this game’s done and I have to be ready for the next game and make sure I’m ready for something new they (Australia) might aim for. I always try to be one step ahead,” Pandya emphasised. Moving on to India’s disappointing show with the ball, Pandya refused to put the blame on any particular bowler.
Asked if the 18th over bowled by Harshal Patel, which went for 22 runs with Matthew Wade hammering 15, was the turning point of the game, Pandya replied: “We can’t pinpoint anyone. It’s a game, after all.
“They (Australian bowlers) have also conceded 24 to 25-run overs. It’s a bilateral series. We have two more games and we’ll try to get better.”