For Alex Hales, a debut all over again 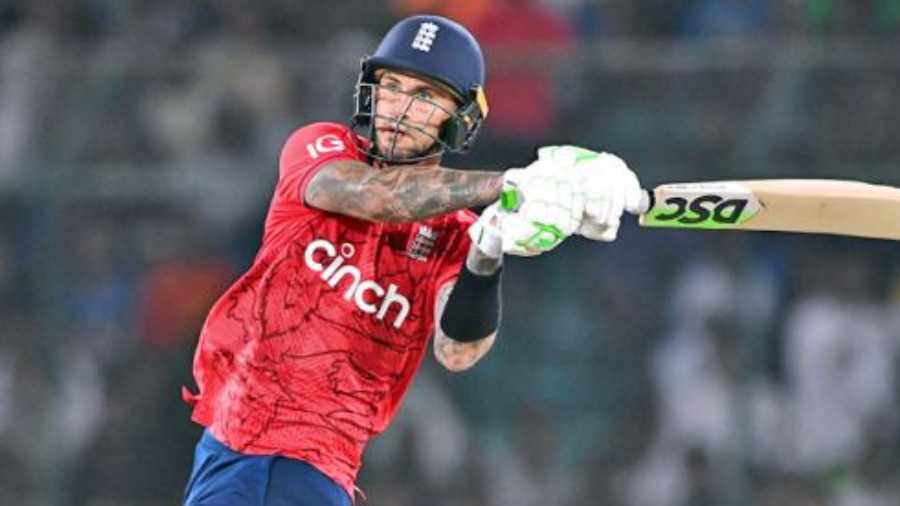 England opener Alex Hales said he felt like he was making his debut again, after returning to the side for the first time in three years during Tuesday’s T20I win over Pakistan.
Hales made 53 from 40 balls and Harry Brook scored an unbeaten 42 as England defeated Pakistan by six wickets in Karachi in the first of seven T20Is. Hales last played for England in 2019, the same year he was withdrawn from their preliminary 50-overs World Cup squad after The Guardian reported that he was serving a three-week ban for recreational drug use.
“It was a very special feeling to be back on the park for England,” Hales said. “Three years felt like forever. To go out and score 50 on my return to a winning team is the stuff dreams are made of.
“It is a nice feeling. Guys said in the past it was never down to cricket, missing the three years, that was never in doubt.
“But there was always nerves and pressure coming back after three years having not played. It felt like a debut again, so it was a very special night.”
For Pakistan, though, their middle-order batting remains a concern, especially since captain Babar Azam is not finding form at the top of the order. They would hope the batting clicks in the second T20I, also in Karachi, on Thursday.