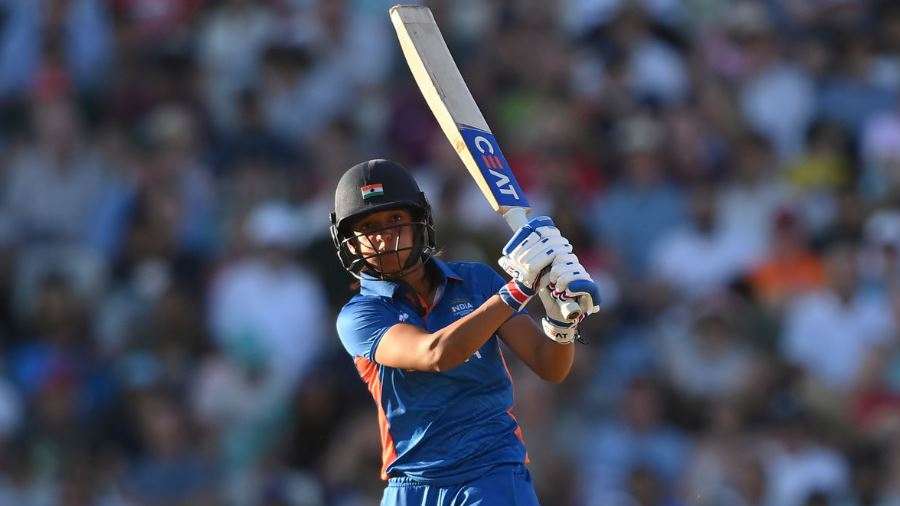 Captain Harmanpreet Kaur slammed a sensational century to guide India to a 88-run victory over England in the second ODI on Wednesday. England, in reply to India’s 333 for five, were bundled out for 245 at the St Lawrence Ground in Canterbury.
The victory helped India seal the three-match series 2-0, with a game remaining, their first in England since 1999. India had won the first ODI by seven wickets. Continuing her stellar run in white-ball cricket, Harmanpreet registered her fifth ODI century in Canterbury.
She remained unbeaten on 143 off 111 balls, which included 18 boundaries and four sixes. England, in reply, were bundled out in 44.2 overs. Pacer Renuka Singh captured four wickets while Dayalan Hemalatha took two. Danni Wyatt (65) top scored for England.
Put into bat in overcast conditions, the visitors suffered an early blow in the form of Shafali Verma, who departed for 8 off 7 balls. While opener Smriti Mandhana scored 40 off 51 balls, wicketkeeper-batter Yastika Bhatia perished for 26 off 34 balls.
Coming off an unbeaten 74 in the first ODI, Harmanpreet arrived at the crease at 66/2. The 33-year-old batter took her time as she built partnerships with Mandhana and then Harleen Deol. Mandhana fell for 33 but Harleen played the perfect ally.
The skipper brought up her 18th half-century in ODIs with a six off 64 balls. The next 93 runs came off 47 balls as Harmanpreet went after the England attack. After Harleen’s departure it was just a Harmanpreet show. She scored her century in exact 100 deliveries, as she equalled Mandhana’s tally.
Harmanpreet and Harleen stitched together a 113-run stand for the fourth wicket with Harleen scoring 58 off 72balls. India slammed 62 runs in the last three overs.
Brief scores: India 333/5 in 50 overs (Smriti Mandhana 40, Harmanpreet Kaur 143 not out, Harleen Deol 58) vs England 245 in 44.2 overs (Renuka Singh 4/57) India won by 88 runs.
Asia Cup
Harmanpreet will lead the team in the Asia Cup which begins on October 1 in Bangladesh. Mandhana will be her deputy. Jemimah Rodrigues will return. Renuka, Meghna Singh and Pooja Vastrakar will make up the pace attack.