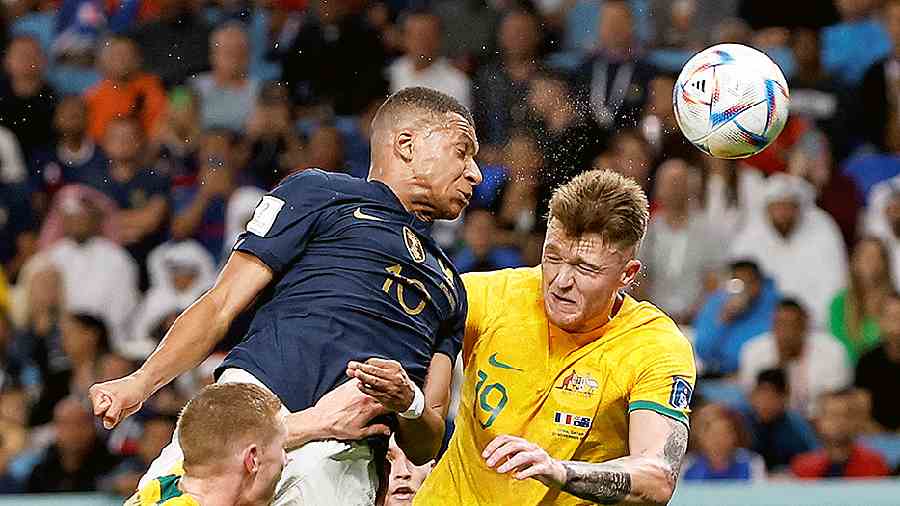 Kylian Mbappe was back where he belongs, according to coach Didier Deschamps, as he once again brought his unique talents, devastating pace and bag of tricks to the World Cup stage as France crushed Australia 4-1 on Tuesday.
The striker may not have grabbed the headlines — with Olivier Giroud’s brace equalling Thierry Henry’s record tally of goals for his country — but when France needed someone to help them out of a hole, the Paris Saint-Germain man delivered once again.
A goal, an assist and an all-round performance filled with menace was enough to help France to an emphatic win that left them at the top of Group D.
“Kylian was already among the best, he’s fully confident, he oozes serenity,” Deschamps told reporters.  “I knew he would be ready because it’s his competition.”
Hernandez out
Lucas Hernandez’s World Cup campaign is over after the France defender sustained a knee injury on Tuesday, the French football federation said.
Hernandez limped off the pitch holding his right knee after being beaten to the ball by Mathew Leckie.

New Zealand bowl out India for 219 in third ODI