Asia Cup: Virat Kohli gets his hundred as India roar in dead match 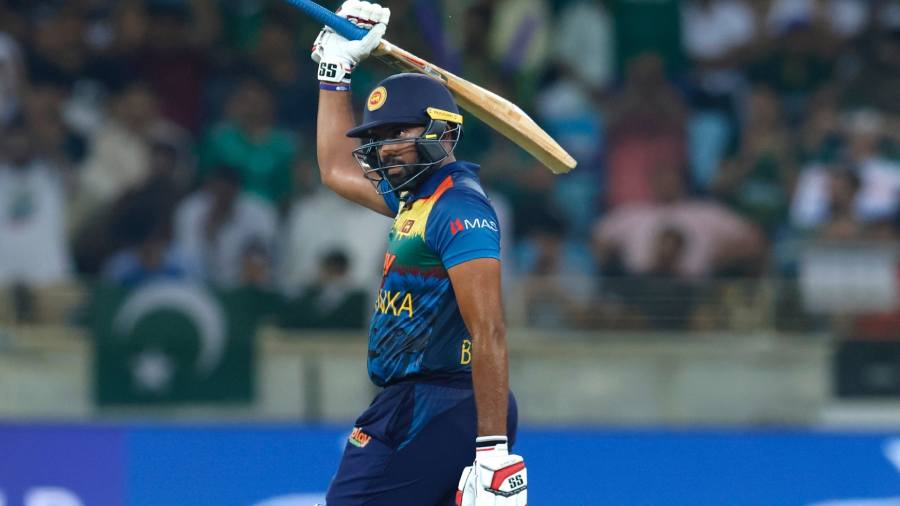 More than ecstasy, it was relief writ large on Virat Kohli’s face as the monkey is finally off his back. After two years, nine months and 16 days, the long, long wait is over for the former captain as he finally reached three figures.
Kohli, whose last international century came in the pink-ball Test against Bangladesh at Eden Gardens in November 2019, hammered an unbeaten 122 off just 61 balls that powered India to 212 for 2 and laid the foundation for a 101-run win against Afghanistan in their final appearance of this Asia Cup at the Dubai International Stadium on Thursday.
Opening the innings along with stand-in captain KL Rahul (62 off 41 balls) as regular skipper Rohit Sharma was rested, Kohli seemed to be in sublime touch right from the onset. Finding the gaps and exquisite timing were the hallmark of his unbeaten knock that featured 12 scorching boundaries and half a dozen maximums.
Thereafter, in the slog overs, he brought his power game into play as well, racing towards 90. And then in the penultimate over of India’s innings, when he was 10 short of his 71st international hundred, Kohli took just two balls to reach the milestone.
Left-arm quick Fareed Ahmad bowled the first ball a little wide, and Kohli punched that between long-off and midon for a four. The next ball was pitched short and asking to be hit, and Kohli obliged. With a firm swivel, he deposited that over long-leg and into the stands. The jinx was broken. And Kohli was mighty relieved.
The 71st hundred, coming after 72 matches and 83 innings, put him on par with Ricky Ponting with only Sachin Tendulkar (100 international centuries) ahead of him at present.
The unbeaten 122 also helped Kohli eclipse Rohit Sharma, whose 118 against Sri Lanka in Indore (in 2017) had been the highest individual T20I score for India.
The irony for both Kohli and Team India is that his magnificent innings came in an inconsequential game as India are no longer in contention for the Asia Cup final, having lost back-to-back games to Pakistan and Sri Lanka in the ongoing Super Four stage. Besides, the Afghans too appeared a jaded unit, especially after losing against Pakistan at Sharjah on Wednesday night even after the game was well in their control.
The one-wicket loss to Pakistan clearly had a bearing on the Afghans’ below-par bowling and fielding on Thursday. Had they beaten Pakistan, getting his maiden T20I hundred too may not have been so easy for Kohli.  The game went from bad to worse for Afghanistan as they somehow limped to 111 for 8. Bhuvneshwar Kumar, after having two nightmarish penultimate overs with the ball, redeemed himself a little bit, finishing with a spell of 4-1-4-5.
This was the 32-year-old’s best-ever bowling figures in T20I cricket and also his second five-wicket haul. Those aside, this knock from Kohli should certainly make the Indian team management think if he should be opening the innings alongside Rohit in the coming matches and thereafter in the T20 World Cup in Australia. After all, this wasn’t the first time Kohli had scored in bulk as an opener. Along with Rohit, all-rounder Hardik Pandya and leg-spinner Yuzvendra Chahal were also rested as Dinesh Karthik, left-arm spinner Axar Patel and seamer Deepak Chahar came in their places. But what’s baffling is Rohit taking a “break”.
Agreed, this game had no consequence, but with barely a month-and-a-half left for the World Cup, it wouldn’t be unwise at all for Rohit to have more game time going into the showpiece event.  Also, it’s not that Rohit had been playing throughout the season and performing in almost every game.