Two Indian students fired at in armed robbery in Chicago, one dead 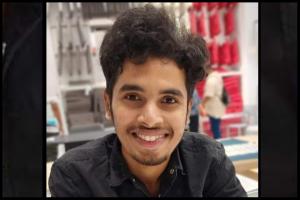 An Indian student died and another sustained injuries in a firing incident at Princeton Park in Chicago in the United States of America on Sunday, January 22. The deceased student has been identified as Devansh from Andhra Pradesh’s Vijayawada. The injured is Koppala Sai Charan, hailing from Telangana’s Sangareddy district, who is a student at the Governors State University in Chicago. Sai Charan’s condition is reported to have stabilised. Chicago Sun Times reported that the two students were shot during an armed robbery on the south side of Chicago. The report quoted police saying that the victims, aged 22 and 23, were near a parking lot on Sunday evening in South Holland. Armed unknown persons in a dark coloured vehicle approached them and demanded that they submit their possessions. Even though the victims complied with the demand, they were still shot, the report said.Chicago witnessed a series of gun violence incidents over the past weekend. At least seven people were killed and several others injured in over ten separate shooting incidents since 5.00 pm on Friday, January 20.Reportedly, it was only a few days ago that Sai Charan flew to the USA after being accepted to the Governors State University in Chicago. Sai Charan’s family was informed about the incident on Monday. Sai Charan’s father Srinivas Rao is employed in a private enterprise, while his mother Lakshmi is a teacher. Speaking to the media, they said that they have no information about his condition. “My son left for Chicago on the night of January 10. His friends informed us about the incident. We are awaiting details,” his mother said.