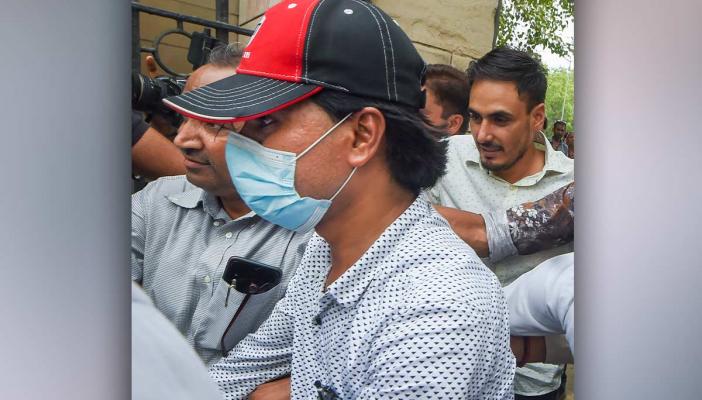 The anonymous Twitter handle, a complaint from which led to Alt News co-founder Mohammed Zubair’s arrest, does not exist on the microblogging website anymore. Sources in the Delhi Police said the Twitter handle that had raised the issue of Zubair’s tweet has been deleted. “We are trying to identify and trace the user of the Twitter account to ascertain the reason behind him or her deleting the account. However, we suspect that the person must have been scared after the matter came to limelight,” a source told PTI.

The number of followers of the Twitter handle, which had flagged a 2018 tweet by Zubair against a Hindu deity, went past 1,200 in a night from having a single follower when it had first tagged the police and highlighted Zubairâ€™s post. “The Twitter handle namely Hanuman Bhakt @balajikijaiiin had shared a tweet against another Twitter handle in the name of Mohammed Zubair@zoo_bear, in which it has been tweeted by Zubair that ‘Before 2014: Honeymoon Hotel. After 2014: Hanuman Hotel’ and has shown a picture of a signboard of a hotel named “Honeymoon Hotel” changed to “Hanuman Hotel,” the FIR read.
According to the first information report, @balajikijaiiin tweeted: “Linking our God Hanuman ji with Honey Moon is direct insult of Hindus because he is brahmchari. Kindly take action against this guy.”
A Delhi court on Tuesday extended Zubair’s custodial interrogation by four days. The co-founder of the fact-checking website was arrested by the Delhi Police on Monday on charges of hurting religious sentiments through one of his tweets posted in 2018. The image that Zubair had tweeted was a still from a Hindi movie called Kisi Se Na Kehna, featuring Farooq Sheikh and Deepti Naval. The 1983 film was directed by veteran Hrishikesh Mukherjee.

The issue of the said Twitter account’s veracity also surfaced during Zubair’s hearing on Tuesday. His counsel Vrinda Grover said that if an anonymous Twitter handle chose to create mischief in the country, those reasons should be investigated.
On June 20, a case against Zubair was registered under sections 153A (promoting enmity between different groups on grounds of religion, race, place of birth, language etc.) and 295A (deliberate and malicious act intended to outrage religious feelings) of the Indian Penal Code (IPC), KPS Malhotra, Deputy Commissioner of Police (Intelligence Fusion and Strategic Operations), had said.
Read: Delhi court denies bail to Mohammed Zubair, sends him to police custody till July 1