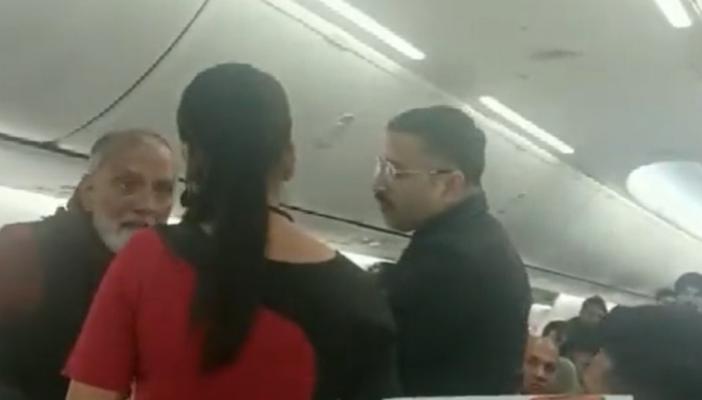 A passenger accused of misbehaving with a female cabin crew member on a SpiceJet flight from Delhi to Hyderabad on Monday, January 23 has been arrested on sexual harassment charges. Following the incident, which happened while boarding the aircraft in Delhi, the airline said it offloaded the unruly passenger and another person who was accompanying him. Based on a written complaint from the crew member, the passenger was offloaded and handed over to the Indira Gandhi International Airport (IGIA) police station for further action. The complaint was lodged by Sushant Srivastava, the airline’s security officer, on behalf of the cabin crew member. The security officer called the police control room (PCR) at 4.39 pm on Monday, about a passenger allegedly molesting a cabin crew member on SpiceJet Flight-8133 from Delhi to Hyderabad. The passenger has been identified as Absar Alam, a resident of Jamia Nagar in Delhi. He was travelling to Hyderabad with his family. During take-off, Alam allegedly misbehaved with a woman member of the crew. He was offloaded thereafter and taken to the police station by the SpiceJet security and the PCR staff, the police said. The accused was booked under Section 354A (sexual harassment) of the Indian Penal Code at IGIA police station and arrested.Visuals recorded by another passenger on the flight showed an elderly man arguing with the cabin crew. As members of the crew tried to pacify the man and get him to sit down, he is heard saying, “You are like my daughter,” to one of the crew members. The crew member is heard responding that “she is crying,” presumably referring to her colleague who was allegedly harassed by the passenger. The passenger is also heard insisting that the crew speak to him in Hindi instead of English.  #WATCH | “Unruly & inappropriate” behaviour by a passenger on the Delhi-Hyderabad SpiceJet flight at Delhi airport todayThe passenger and & a co-passenger were deboarded and handed over to the security team at the airport pic.twitter.com/H090cPKjWV— ANI (@ANI) January 23, 2023