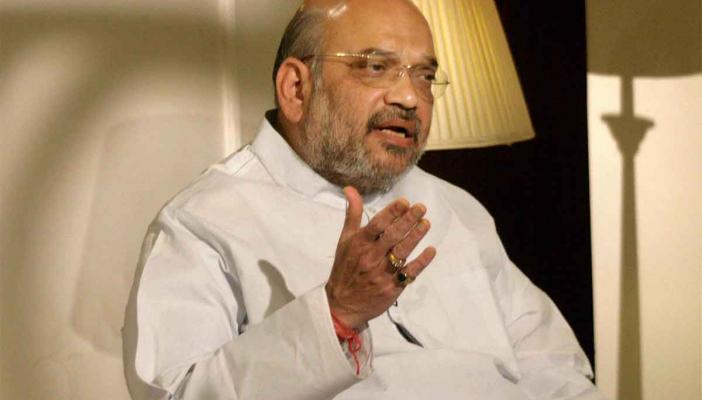 Union Home Minister Amit Shah on Thursday, September 22, held a meeting of top officials, including National Security Advisor Ajit Doval, and is believed to have discussed the searches at premises linked to the Popular Front of India (PFI) and action against terror suspects, officials said. Doval, along with Union Home Secretary Ajay Bhalla, and Director General of National Investigation Agency (NIA) Dinkar Gupta were among the top officials who attended the high-level meeting. Shah is said to have taken stock of the action taken against the terror suspects and activists of the Popular Front of India (PFI) across the country, an official said.In near simultaneous raids across the length and breadth of the country, a multi-agency operation spearheaded by the NIA on Thursday led to the arrest of 106 activists of the PFI in 11 states for allegedly supporting terror activities in the country. The maximum number of arrests were made in Kerala (22) followed by Maharashtra and Karnataka (20 each), Tamil Nadu (10), Assam (9), Uttar Pradesh (8), Andhra Pradesh (5), Madhya Pradesh (4), Puducherry and Delhi (3 each) and Rajasthan (2).According to the officials, the arrests were made during the raids which have been termed as the “largest-ever investigation process till date”. The officials said the searches are taking place at the premises of persons involved in terror funding, organising training camps, and radicalising people to join proscribed organisations.The ED has been investigating the PFI’s alleged “financial links” on charges of fuelling the anti-Citizenship (Amendment) Act protests in the country, the 2020 Delhi riots, alleged conspiracy in Hathras (a district in Uttar Pradesh) over the gang-rape and murder of a Dalit woman, and a few other instances. The Popular Front of India was formed in 2006 in Kerala and is headquartered in Delhi.Condemning the raids, the PFI released a statement saying, “The raids are taking place at the homes of national, state and local leaders of PFI. The state committee office is also being raided. We strongly protest the fascist regime’s moves to use agencies to silence dissenting voices.”Read: First nationwide crackdown on PFI, NIA conducts raids in many states

Tharoor says Congress needs a fresh leader, not a jaded and entrenched one