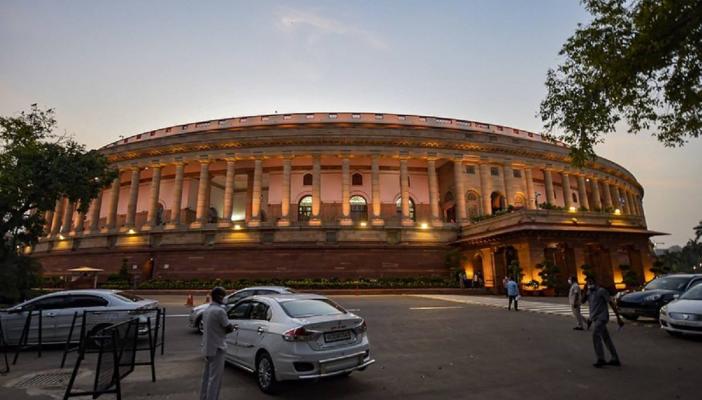 Leader of the Congress party in the Lok Sabha Adhir Ranjan Chowdhury has demanded that a privilege motion be moved against Minister for Information Technology Ashwini Vaishnaw for allegedly misleading the Lower House of Parliament on the Pegasus issue. He wrote to Lok Sabha Speaker Om Birla on Sunday after the New York Times, in its report, claimed that the Indian government bought the Israeli spyware in 2017 as part of a USD 2-billion package for weapons.

Chowdhury said the government, on the floor of the House, always maintained that it had nothing to do with Pegasus and that it never bought the spyware from the NSO Group.
“In light of the latest revelations by the New York Times, it appears that the Modi government has misled Parliament and the Supreme Court and lied to the people of India. In view of the above, I demand that a privilege motion may be initiated against the Minister of Information Technology for deliberately misleading the House on the Pegasus issue,” the Congress leader said in his letter to the Speaker.
He also alleged that the government “lied to the Supreme Court when it was directly questioned about the purchase and deployment of Pegasus.”

The Congress leader pointed out that in a sworn affidavit, the government unequivocally denied “any and all” of the allegations against it on the Pegasus issue. The Pegasus issue rocked the monsoon session of Parliament last year when the Opposition demanded a discussion on the issue. Chowdhury alleged that the government was targeting political leaders, journalists, judges and civil society activists using the Israeli spyware.
The Pegasus issue is likely to cast its shadow on the budget session of Parliament starting Monday, with the opposition parties set to raise the pitch in both houses.

Editors Guild asks SC panel to probe
On Sunday, the Editors Guild of India urged the Justice RV Raveendran committee to take cognisance of the “startling claims” made in a New York Times (NYT) report about the purchase of the Pegasus spyware by India and seek responses from the government and the ministries that may have been involved in the alleged deal in 2017.
In its letter to Justice Raveendran, the guild also urged that the proceedings of the committee, set up by the Supreme Court last year to probe the alleged use of the spyware for targeted surveillance in the country, be kept open to the public at large so that there is complete transparency with respect to the witnesses being called as well as their responses.
In a statement, the guild said the claims made in the investigative report of NYT are in “stark contrast” to the stand of the government, which continues to be “vague and non-committal” in its response to the allegations that it purchased the Israeli spyware and used it against Indian citizens, including journalists and civil society members.
“We on behalf of the Editors Guild of India wish to address you on certain startling revelations that have been published by the New York Times on January 28, 2022 regarding the spyware ‘Pegasus’, sold and licensed by Israeli company NSO Group,” the editors’ body wrote in its letter to Justice Raveendran.

Fresh plea in SC over new revelations
A fresh plea has been filed in the Supreme Court on the alleged use of Israeli spyware Pegasus, seeking that the court take cognisance of a New York Times report on it and order a probe into the 2017 defence deal with Israel.

The media report claiming India bought Pegasus spyware as part of a USD 2 billion defence deal with Israel in 2017 has triggered a major controversy with the Opposition alleging that the government indulged in illegal snooping that amounted to “treason.”
The plea filed by advocate ML Sharma, who is one of the original petitioners in the case before the top court, said the deal was not approved by Parliament and, therefore, needs to be cancelled and money be recovered.
He urged the top court to issue suitable directions for registering a criminal case and to investigate the impugned Pegasus spyware purchase deal and alleged misuse of public funds in the interest of justice.