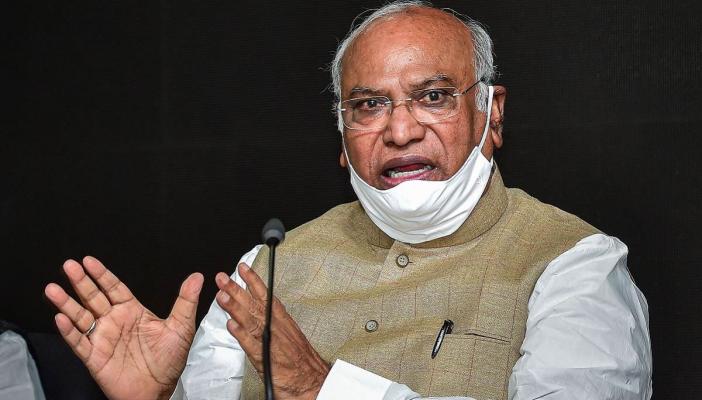 Senior Congress leader Mallikarjun Kharge on Friday filed his nomination for the post of party president. His candidature was proposed by party leaders Ashok Gehlot, Digvijaya Singh, Pramod Tiwari, PL Punia, AK Antony, Pawan Kumar Bansal and Mukul Wasnik. G23 leaders Anand Sharma and Manish Tewari also proposed the candidature of Kharge. Kharge is one of the most experienced persons in the party and is a Dalit leader too, Tewari said. Some of other leaders who proposed his name were Ambika Soni, Abhishek Singhvi, Ajay Maken, Bhupinder S Hooda, Salman Khurshid and Rajeev Shukla.

Congress leader Digvijay Singh on Friday announced that he will not contest the party president’s election and would instead propose the candidature of his senior Kharge. Friday is the last day for filing nominations for the top party post. Congress leader Manish Tewari on Friday said that he and party colleague Anand Sharma will support the candidature of Mallikarjun Kharge for the party chief’s post. Both Tewari and Sharma were present at the AICC headquarters in support of Kharge. “Anand Sharma and I have come in support of the candidature of Mallikarjun Kharge for the party president’s election,” Tewari said.
Mallikarjun Kharge, hailing from Karnataka, is a Rajya Sabha MP and the Leader of the Opposition since February 2021. He has also served nine terms as an MLA and two terms as Lok Sabha MP. He suffered his first electoral loss in 2019 from the Gulbarga parliamentary constituency and in January 2020 was elected to the Rajya Sabha. Kharge has served as Minister at both state and union and also occupied senior party posts in the Congress.
Kharge will face Shashi Tharoor, who has filed the nomination papers too.