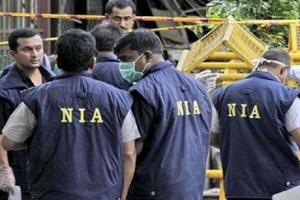 The National Investigation Agency (NIA) is conducting raids in over 40 locations across India, in connection with the agency’s probe into the Popular Front of India (PFI), in the first such massive crackdown against the organisation. The raids took place in the early hours of Thursday, September 21, and locations in states including Kerala, Tamil Nadu, Uttar Pradesh, Andhra Pradesh, Telangana and Karnataka, Delhi and Bihar were searched in a joint operation by the NIA and the Enforcement Directorate (ED). According to some reports, over 100 PFI leaders from across the country have been taken into custody. However, the NIA has yet to confirm this.

The NIA said that this was the “largest investigation till date” into the PFI, and that leaders who were allegedly funding and organising training camps and radicalizing people are being probed. In Kerala, nine people linked to the PFI were taken into custody, including the state president, chairman and president. Protests were seen following the raids in PFI president OMA Salam in Malappuram district’s Manjeri, with cadres condemning the action against the PFI leaders.
The raids were done with joint coordination between the NIA, Enforcement Directorate and the police, in states including Bihar, Andhra Pradesh, Delhi, Uttar Pradesh, Karnataka and Telangana. Meanwhile, the PFI has condemned the raids. “The raids are taking place at the homes of national, state and local leaders of PFI. The state committee office is also being raided. We strongly protest the fascist regime’s moves to use agencies to silence dissenting voices,” the organisation said in a statement, according to reports.
Previously, raids were done by NIA or state police against PFI in specific cases, but this is the first time that such a big operation spanning many states has been carried out. The call for a nationwide ban on PFI has come from many quarters, especially from BJP ruled states. Recently, the Nizamabad police in Telangana also arrested PFI cadres accusing them of training people to indulge in violence and the NIA took up the case. The NIA carried out raids in 38 places across Telangana earlier in September, and four persons were detained after “incriminating evidence” was found.