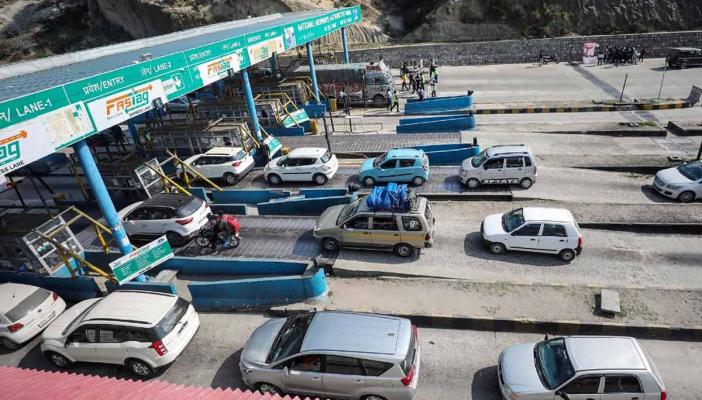 DMK MP P Wilson gave a speech in the Rajya Sabha on Tuesday, August 2 calling for the abolition of toll plazas across the country stating that the right to travel is a fundamental right. He addressed the Union Minister for Road and Transport Highways Nitin Gadkari and said that there are nearly one thousand toll plazas in the country, out of which Tamil Nadu has the highest (48). The Minister also added that in developed countries, people have an option of toll and non-toll roads, while in India, the National Highway Authority of India (NHAI) has taken over all the important roads and converted them into toll roads. This forces people to pay a toll and this becomes expensive for people, especially those living close to the toll roads as they have to use it everyday, he said.

“Toll fees are increased year to year by NHAI mechanically. Toll fees are charged even for government transport buses and other state government vehicles. State transport corporations are not profit-driven but provide services at nominal rates,” the MP said. He also called for an audit of toll plazas by an independent authority to analyse the investment made and understand whether the money collected at these tolls covered it. Wilson added that there cannot be an element of profiteering when a public utility infrastructure is concerned.
Concluding his speech, the DMK MP stated that it was time to abolish all the toll plazas across the country. He suggested collecting a one-time fee from people when they register their vehicle.
Wilson also took to Twitter and tweeted his speech on August 3 where he said that he made a ‘special mention’ to Nitin Gadkari to abolish all toll plazas across the country ‘as it is hampering free movement & causes great hardships to all the sections of the people in this country.’

Earlier on Wednesday, Union minister Nitin Gadkari told Rajya Sabha members that he was the ”father of toll tax” on expressways in the country as he built the first such road in Maharashtra during his stint as the state minister in late 1990s. The senior minister made the remark while responding to supplementary queries in Question Hour when members expressed concerns over the setting up of toll plazas on expressways inside city limits due to which the local population had to pay toll even when commuting within the city.