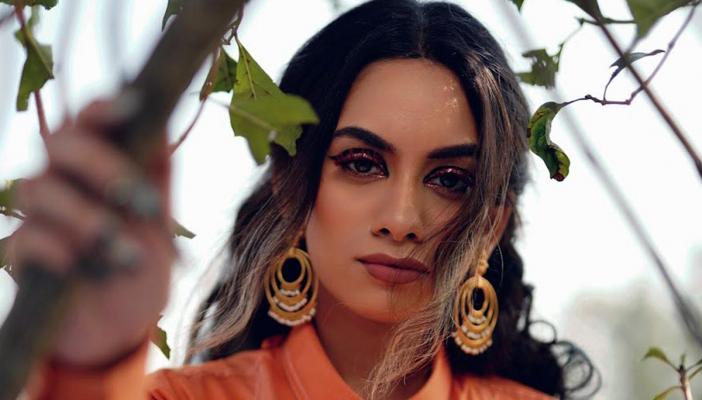 In a late-night Instagram post on August 1, singer Dhee put out a statement about the controversy around the song Enjoy Enjaami. The song, she said, “was created with the purest intention of bringing us closer to each other and the life around us.” Dhee, who has been criticised for stealing the spotlight from Arivu on multiple occasions with respect to the hit song, said, “I have full control over what I say, do, and the things I share on my social media and I have always made sure I give credits to Arivu as the writer/singer and Santhosh Narayanan as the producer/composer at every point. I have proudly spoken about them, specifically Arivu, every chance I got. At no point have I diminished or downplayed both of their importance in Enjoy Enjaami. I’ve only ever wanted to celebrate, and highlight their work and I’ve been doing that at every step and stage. I don’t have any control over the way our work is being shared and promoted by external sources.”Dhee, who is the step daughter of Santhosh Narayanan who has also come under criticism for appropriating the song, also credited director Manikandan of Kadaisi Vivasayi fame for giving inspiration for the song. “Director Manikandan has contributed immensely to the making of this song and his movie Kadaisi Vivasayi is the driving force behind Enjoy Enjaami, I have always acknowledged this at every step.” Santhosh Narayanan, in a statement earlier the same day made a similar attribution to Manikandan. Arivu has also credited Manikandan in his interviews as a person he has had several discussions with while writing the song. The song Enjoy Enjaami was released on March 10, 2021 and became an immediate hit. While the song on YouTube is titled Dhee ft. Arivu – Enjoy Enjaami and doesn’t give equal credit  to Arivu. Listeners have appreciated Arivu, who has been known for his rap songs with socially relevant lyrics, for the lyrics of this song too. In interviews, Arivu has talked about the meaning behind the song and how it references his grandmother Valliamma. For instance, in an interview to TNM’s Balakrishna Ganeshan on March 15, 2021, Arivu said that Enjoy Enjaami is as political as his other works. “My conversations with my grandmother Valliamma formed the basis of the song,” Arivu said, adding, “My grandmother was taken to Sri Lanka as a bonded labourer, and when she returned, nothing had changed. We continued to live landless. She educated my mother by doing dishes in several houses. Because of her, my mother became an educationist, and as a result I am an artist. She struggled throughout her life and made several sacrifices to make our lives better. So, of course I wanted to make a mention of her. I will continue to write many more songs about her if given an opportunity.”Santhosh Narayanan, Dhee and the platform on which the song was released, Maaja, have also been criticised for changing the meaning of the lyrics. “Valliammal patti’s presence in the video was a homage to signify that we are a ‘thai vazhi samugam (matrilineal society).’ Most of the current meanings and narratives behind our song, I came to only learn after each one of Arivu’s interviews dropped post-release.”Arivu has always maintained that the mention of Valliammal, the name of his grandmother, was a reference to his ancestors’ history of being taken away as indentured labour to tea plantations in Sri Lanka, in the colonial-era. In his own statement, made earlier the same day, Arivu had said, “No doubt it (the song) calls everyone together. But it doesn’t mean that’s not the history of Valliammal or the landless tea plantation slave ancestors of mine. Every song of mine will be having the scarmark of this generational oppression. Like this Just One. There are 10000 songs of folk in this land. The songs that carry the breath of ancestors, their pain, their life, love, their resistance and all about their existence.” Read: I composed, wrote and performed Enjoy Enjaami: Arivu speaks out on his exclusionThe three statements come days after the hit song was performed by Dhee along with Kidakuzhi Mariyammal at the inauguration of the 44th Chess Olympiad in Chennai. Arivu was not part of the performance, and the composition of the song was credited to Santhosh Narayanan by the Emcee. These events re-started the discussions about appropriation with regard to Enjoy Enjaami. The discussions first started last year when Dhee and Canada-based Tamil rapper San Vincent De Paul (also called SVDP) were featured on the cover of the Rolling Stone magazine. While both were credited for two hit songs Enjoy Enjaami and Neeye Oli respectively, Arivu who had co-written the lyrics to both songs was largely missing from the article. Neeye Oli had also risen to prominence as it was originally one of the tracks in Pa Ranjith’s historical sports drama Sarpatta Parambarai.Addressing the Rolling Stone Magazine controversy, Dhee said in her statement, “The Rolling stone India cover from last year was based around Shan and I’s upcoming individual albums and the main reason as to why we’re in this particular cover together. It was neither about Enjoy Enjaami or Neeye oli. The song names weren’t mentioned on the cover too that we shared. That particular cover story was about our upcoming albums and Maajja as a platform. What I was told was that there was a rollout plan where Rollingstone was going to publish cover stories and articles on Arivu, Santhosh Narayanan, and all maajja artists. This was also announced as a tweet by Rollingstone before our cover was published and I was happy to see that it was.”About the Olympiad performance, Dhee said, “The event organisers approached Arivu and me to perform for the event, but as he was not available and in the US, we played his voice track. He was spoken about at the event for his words and his performance of Enjoy Enjaami.”Read: Santhosh Narayanan says he composed Enjoy Enjaami, song was a ‘team effort’