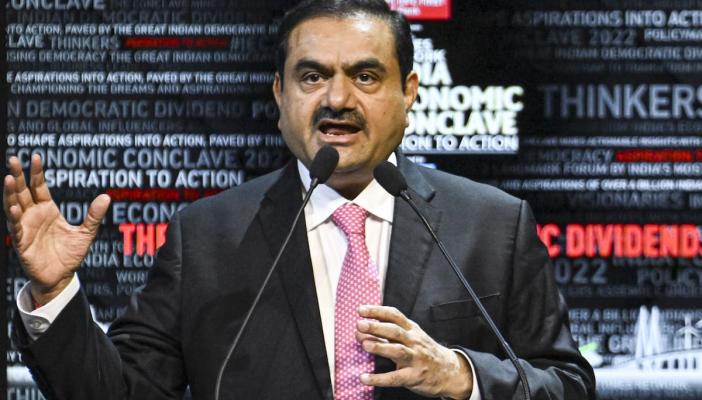 A US-based investment research firm has released a report that accuses Indian billionaire Gautam Adani’s companies of stock manipulation, accounting fraud, and financial irregularities over the course of decades. Hindenburg Research LLC specialises in forensic financial research, according to their website. In a report released on January 24, Hindenburg said they had conducted a two-year investigation into the Adani empire and spoke to “dozens of individuals, including former senior executives of the Adani Group, reviewing thousands of documents, and conducting diligence site visits in almost half a dozen countries.”“Even if you ignore the findings of our investigation and take the financials of Adani Group at face value, its 7 key listed companies have 85% downside purely on a fundamental basis owing to sky-high valuations. Key listed Adani companies have also taken on substantial debt, including pledging shares of their inflated stock for loans, putting the entire group on precarious financial footing,” the Hindenburg report said. Following the report, the shares of Gautam Adani’s flagship firm Adani Enterprises Ltd and Adani Ports and Special Economic Zone Ltd dropped. Cement manufacturing companies ACC Ltd and Ambuja Cements Ltd, acquired by Adani recently, also recorded a steep fall. In a statement released on Wednesday, January 25, the Adani Group has denied the allegations in the Hindenburg report, and accused the research firm of mala fide intentions to undermine the company’s reputation, with the primary intention of “damaging the upcoming Follow-on Public Offering from Adani Enterprises, the biggest FPO ever in India.” “The Group has always been in compliance with all laws, regardless of jurisdiction, and maintains the highest standards of corporate governance,” the statement by Adani Group CFO Jugeshinder Singh said. What the Hindenburg report said: Shell companies: The research claims to have identified “38 Mauritius shell entities controlled by Vinod Adani or close associates.” Vinod Adani is Gautam Adani’s elder brother. “We have identified entities that are also surreptitiously controlled by Vinod Adani in Cyprus, the UAE, Singapore, and several Caribbean Islands,” the report said. “Many of the Vinod Adani-associated entities have no obvious signs of operations, including no reported employees, no independent addresses or phone numbers and no meaningful online presence. We have also uncovered rudimentary efforts seemingly designed to mask the nature of some of the shell entities. For example, 13 websites were created for Vinod Adani-associated entities; many were suspiciously formed on the same days, featuring only stock photos, naming no actual employees and listing the same set of nonsensical services, such as “consumption abroad” and “commercial presence”,” the report said. Not following SEBI guidelines: According to the report, “Publicly listed companies in India are subject to rules that require all promoter holdings (known as insider holdings in the US) to be disclosed. Rules also require that listed companies have at least 25% of the float held by non-promoters in order to mitigate manipulation and insider trading. 4 of Adani’s listed companies are on the brink of the delisting threshold due to high promoter ownership. Our research indicates that offshore shells and funds tied to the Adani Group comprise many of the largest “public” (i.e., non-promoter) holders of Adani stock, an issue that would subject the Adani companies to delisting, were Indian securities regulator SEBI’s rules enforced,” the report said. Working with fugitives and market manipulators: “Leaked emails show that the CEO of Elara worked on deals with Dharmesh Doshi, a fugitive accountant who worked closely on stock manipulation deals with Ketan Parekh, an infamous Indian market manipulator. The emails indicate that the CEO of Elara worked with Doshi on stock deals after he evaded arrest and was widely known as a fugitive.” the report said. The report added that the CEO of one of the other funds working with Adani, Monterosa Investment Holdings, worked with “a fugitive diamond merchant who allegedly stole U.S. $1 billion before fleeing India. Vinod Adani’s daughter married the fugitive diamond merchant’s son.”Read the full report here.