A 79-yr-old academic from Lucknow is standing surety for Kappan, when no one else did 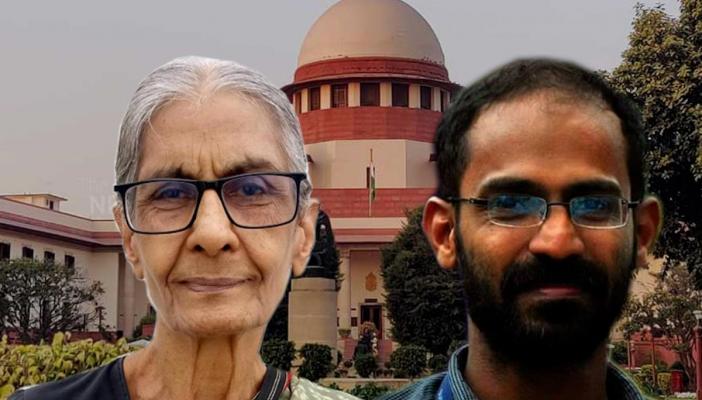 Roop Rekha Verma, the former Vice Chancellor of Lucknow University, on Tuesday, September 20, has stood as surety for Kerala journalist Siddique Kappan, who was granted bail by the Supreme Court in the Unlawful Activities Prevention Act (UAPA) case. This development comes at a time when Kappan’s lawyers were struggling to find two individuals who would stand as sureties for the journalist, to fulfil the bail conditions.

It was on September 9, that the SC granted bail to Kappan, after which he was produced before the trial court in Lucknow on September 12, where he was informed about the bail conditions. The bail condition included producing two individual sureties, who are residents of Uttar Pradesh having Rs 1 lakh worth of value either in their account or by way of assets. And according to Kappan’s lawyer, Mohammed Dhanish, it was very difficult to get people to stand as surety given how sensitive the case is.
That was when 79-year-old Roop Verma stepped in and said that she is willing to stand as surety for the Kerala journalist, who was arrested while on his way to Hathras in Uttar Pradesh to report on the gangrape and murder of a Dalit woman by dominant caste men. According to those who were helping the legal team, it was an arduous task to get two people two stand as surety. A second person has also agreed to stand as surety but the identity is not being revealed considering the sensitivity of the case.
Also read: Had to become a lawyer to help him, says Siddique Kappan’s wife

So who is Professor Roop Rekha Verma?
In July this year, a video had gone viral, showing an elderly woman, on the streets of Lucknow, distributing pamphlets about the freedom struggle. The reason? She wanted to keep the spirit of revolution and freedom alive. That woman was Roop Rekha Verma, a Professor of Philosophy, who served as Head of Department of Philosophy at Lucknow University from 1964 to 2003. Professor Verma, as a social activist, had intervened on behalf of women who were victims of violence and those affected by communal violence
“I never knew that they were looking for sureties in the case,” says Verma. Speaking to TNM, the former Lucknow University VC says that she came to know about this just a couple of days back when one of her friends from Kerala informed her about the same and she readily agreed.
“This is the minimum any citizen can do in dark times when so many good people are targeted. The best people of India – like Sudha Baradwaj, Fr Stan Swamy, Varavara Rao, Anand Teltumbde – have been in jail for the last many years,” said Verma.
She goes on to add that since Tuesday evening after she submitted her papers that she would stand as surety, she had been getting calls from people referring to it as a courageous decision. “I’m not helping Kappan in any big way. He still has to fight his case. Government is not going to free him from his charges because I stood as surety. But it has to be said that if standing as surety for one person’s bail is seen as an act of courage, aren’t we living in such horrible times?”, she asks.
Verma, who is a staunch feminist, is also a well known activist and was awarded the Begum Hazrat Mahal award for Communal Harmony in 2006. Following her career in academia, she has been working for issues concerning women’s rights and also founded an organisation called Saajhi Duniya, which focuses on gender equality and human rights.
Kappan was arrested under the draconian UAPA act in October 2020 and the UP special task force had filed a 5,000 page chargesheet in the case, claiming that he “only reported about Muslims” and that “reporting on riots is also communal”. He was charged under Sections 124A (sedition), 153A (promoting enmity) and 295A (deliberate and malicious acts intended to outrage religious feelings) of the Indian Penal Code, in addition to provisions of the Unlawful Activities (Prevention) Act and the Information Technology Act.

A Lucknow court on Monday had rejected his bail petition in the Prevention of Money Laundering Act (PMLA) case. The PMLA bail and discharge application would be heard again on September 23.
Watch Kappan’s wife Raihanath in conversation with TNM