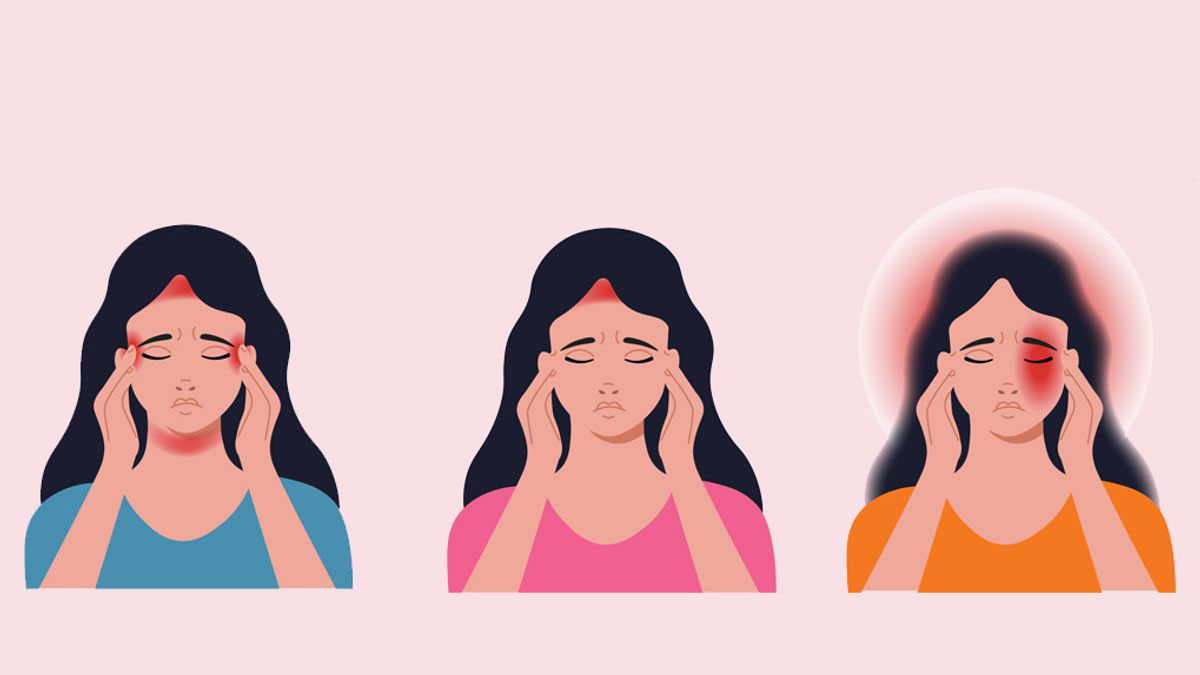 Migraine is a debilitating disease and more common in women than men. Chandana Chandra asks experts how to manage this condition well.
Headache disorders were the most prevalent neurological disorder across the states of India between 1990 and 2019, affecting 488 million people — revealed the Global Burden of Disease Study published in The Lancet recently.
The comprehensive study maps the global crisis of chronic diseases and failure of public health to stem the rise in highly preventable risk factors, with country-specific data on risk factors and disease burden.
The study also revealed that migraine contributed substantially to the number of years lost in a person’s life due to ill-health or disability. And prevalence of migraine was higher in females aged 35-59 years. Yet such headaches are not recognised as a public health problem in India and are neglected while defining standards of care.
Migraine is a type of headache that can cause severe throbbing pain or a pulsing sensation, usually on one side of the head. It’s often accompanied by nausea, vomiting and extreme sensitivity or intolerance to light and sound. A single episode of migraine can last from four to 72 hours.
Globally, migraine headache is the second biggest cause of disability, and first among young women. Dr Atanu Biswas, who is a professor of neurology at the Bangur Institute of Neuroscience and Institute of Postgraduate Medical Education and Research, Calcutta, and one of the co-authors of The Lancet study, says, “Women are two to three times more likely than men to have migraine. This is primarily due to the female hormone oestrogen.”
According to Biswas, oestrogen makes cells around a key nerve in the head and connected blood vessels more sensitive to migraine triggers, increasing the migraine risk.
Migraine triggers include stress, hunger, fatigue, dieting, skipping meals, dehydration, alcoholic drinks, caffeine, chocolate, citrus fruits, cheese, lack of sleep, exposure to sun, hot and humid weather, menstruation, bright light (including the flickering screens of televisions, computers and phones), smoke, crowded atmosphere, loud noise, medication (such as, oral contraceptives), strong smells (such as, perfumes and paint thinners), changes in sleep patterns and so on.
The exact cause of migraine, however, is still unknown. It is common for patients to have a family history of the disease. “Parents or siblings often have a history of migraine in their 20s or 30s. This means genetic factors play an important role. But, only a minority of patients are found to have proven genetic mutation [alteration in genes that can be passed on to the next generation],” says Biswas.
In women, the onset of migraine usually happens during the teenage years coinciding with menarche. Thereafter, the prevalence increases in the late 30s and 40s suggesting hormonal factors that trigger headache attacks and influence onset and remission. “The midlife worsening of migraine is attributed to hormonal fluctuations characteristic of the menopausal transition. Drop in oestrogen hormone presumably leads to increased migraine attacks at the time of menses as well as during the menopausal transition,” says Biswas.
Management of migraine consists of acute and prophylactic or preventive treatment. “An attack is treated with medications such as painkillers, ergotamines and triptans. Triptans are effective, safe drugs to control an acute attack. Also, to prevent an attack, drugs are given that need to be taken regularly for a certain period,” says Biswas. If you have several attacks in a month, the doctor may recommend preventive treatment with triptans.
When migraine hits at least 15 days a month, it is called chronic migraine. Those with chronic migraine may use headache medications more than 10-15 days a month, but such frequent use can lead to headaches that happen even more frequently. This is called medication overuse headache.
Lifestyle changes are needed to prevent migraine attacks. “The triggers must be avoided. Besides regular exercise, a healthy diet with plenty of water, fruits and vegetables, reduction of stress, medication and yoga are effective,” says Biswas.
Dr Prasenjit Sengupta, who is a professor of neurology at Burdwan Medical College, Bengal, concurs that one needs to identify the triggers of migraines to be able to prevent it.
Dr Sengupta adds, “Different people are sensitive to different triggers. This is the reason we ask patients to maintain a headache diary to note down why migraine occurred on a particular day. Once the triggers are identified, it’s easier for the patient to avoid those.”
Types of Migraine and their corresponding symptoms
Classic: Sufferer describes visual symptoms in the form of zigzag lines, black spots, flashes of dots, sparkles or light. Other symptoms include dizziness, ringing ears, numbnessCommon: No preceding symptom before headacheBasilar: Episodic dizziness, vertigo and vomitingChronic: Symptoms may change frequently, and so may the severity of the painRetinal: Episodic visual symptoms in one or both eyes associated with headacheHemiplegic: Headache associated with weakness in one side of the body. This is a genetic disease.

Menstrual leave: A blessing or a curse?