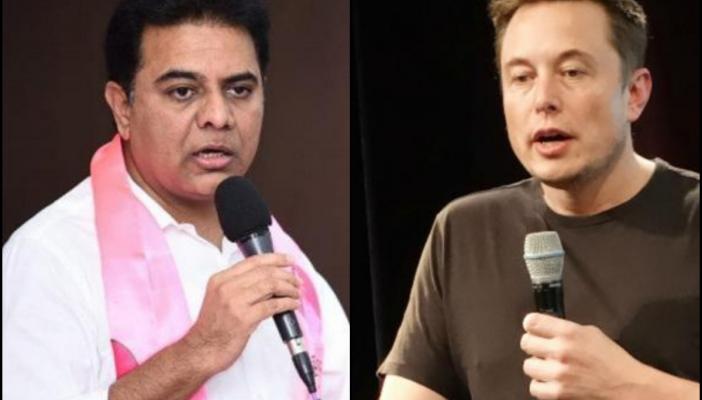 A day after Tesla CEO Elon Musk said that the electric vehicle (EV) company was facing a “lot of challenges” in launching its cars in India, Telangana Minister for Industry and Commerce KT Rama Rao invited him to set up shop in the state. On January 14, Friday, KTR responded to Elon Musk’s remark about working through challenges with the government to launch in India by introducing himself and said, “Will be happy to partner Tesla in  working through the challenges to set shop in India/Telangana. Our state is a champion in sustainability initiatives & a top notch business destination in India (sic).”

Earlier on January 13, responding to another Twitter user’s query on when Tesla would launch its cars in India, Musk had tweeted, “Still working through a lot of challenges with the government.” While Tesla has been intending to begin selling imported cars in India for a while now, Musk has repeatedly complained about the high import duties in the country. “I’m told import duties are extremely high (up to 100%), even for electric cars. This would make our cars unaffordable,” Musk had said last year in response to a tweet from an Indian follower.
Currently, India levies a 100% tax on the imported cars of price more than $40,000 (Rs 30 lakh) inclusive of insurance and shipping expenses, and cars less than $40,000 are subject to 60% import tax. Tesla had reportedly sought 40% import duty on fully assembled electric cars instead of 60%.

Hey Elon, I am the Industry & Commerce Minister of Telangana state in India

Our state is a champion in sustainability initiatives & a top notch business destination in India https://t.co/hVpMZyjEIr

With a $39,990 global price tag, Tesla Model 3 may remain as an affordable model in the US but with import duties, it would become unaffordable in the Indian market with an expected price tag of around Rs 60 lakh. Some reports had said that the Indian government was willing to lower the import duty if Tesla assured to start manufacturing within India.
In August 2021, Tesla had received approval for all four of its models from testing agencies in India. Earlier in October 2021, Union Minister for Road Transport and Highways Nitin Gadkari said that a Tesla car would be affordable and cost about Rs 35 lakh in India. He said that Tesla was in talks with the government and that they have been asked to manufacture cars in India.
With IANS inputs

Micromax In Note 2 Review: Cleanest Android Experience ‘In’ This Segment