US: Biden administration to offer free Covid tests to schools 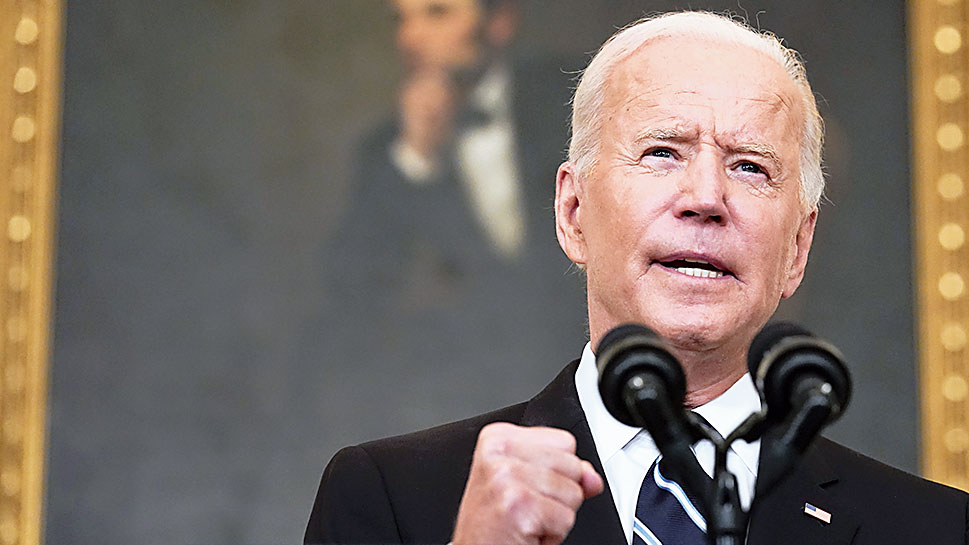 The Joe Biden administration said on Wednesday that it would distribute millions of free coronavirus tests to schools across the US to try to keep classrooms open, expanding measures as debates have raged over whether schools should continue in-person instruction amid an omicron-driven surge of cases.
Five million rapid antigen tests will be made available to K-12 schools across the country, the administration said, but states will have to apply for them.
Once such requests are made, the Centers for Disease Control and Prevention will work to deliver the first shipments as early as this month.
The White House also promised to make lab capacity available for five million free PCR tests, facilitated through regional providers.
“These additional tests will help schools safely remain open and implement screening testing and test-to-stay programs,” the White House said, adding that the moves would help schools double their Covid testing capacity compared with November.
Toll on officers
For the second year in a row, Covid-19 was the leading cause of death for law enforcement officers in the US, according to a report released on Tuesday by the National Law Enforcement Officers Memorial Fund (NLEOMF).
A total of 458 officers died in the line of duty in the country last year, making it the deadliest year in more than 90 years and a 55 per cent increase from 2020, according to preliminary data compiled by the organisation. Of those, it found that 301 federal, state, tribal and local law enforcement officers had died because of Covid-19.
“It has been reported to NLEOMF that these officers have died due to direct exposure to the virus during the commission of their official duties,” the report said.
Felony assaults were responsible for the deaths of 84 officers last year, including 62 officers killed with firearms, the report said. Fifty-eight were killed in traffic-related incidents while working the roadways. Both the number of deaths from firearm assaults and traffic-related fatalities had risen from the previous year.
The remaining deaths were attributed to reasons such as heart attacks, strokes and 9/11-related illnesses, the report said. Other officers were killed in beatings, drownings and stabbings. One officer was killed by floodwaters, and another was killed in a tornado.
In the three decades before the pandemic, the organisation’s annual tally of officers killed in the line of duty surpassed 200 only twice, in 2001 and 2007. The last time it went above 300 was in 1930.
While hundreds of Covid-19-related officer deaths were identified, the report is preliminary and its authors expected that agencies had yet to report a significant number of them.
“Law enforcement officers nationwide continue to be exposed to the Covid-19 virus in the course of their daily assignments,” it said. “Therefore, the number of line-of-duty deaths is sadly ever increasing.”
Last fall, it was reported that more than 460 American law enforcement officers had died from Covid-19 infections tied to their work since the start of the pandemic.