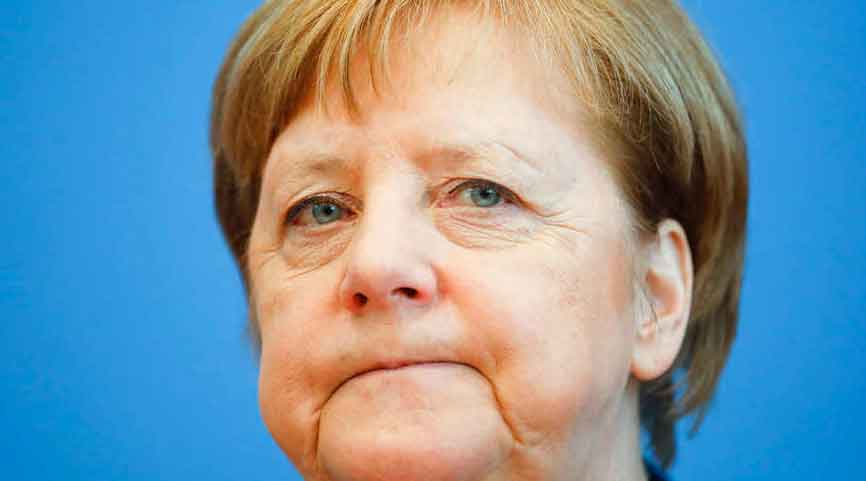 Germany decided on Thursday to bar the unvaccinated from all but the most essential business as the world scrambled to curb the omicron variant of the coronavirus.
The US reported its first case of community transmission of omicron on Thursday and President Joe Biden prepared to lay out his strategy to fight the coronavirus over the winter as the highly contagious variant spread across the globe.Health authorities in the northern US state of Minnesota said the infected resident was a fully vaccinated adult male who had recently travelled to New York City.
The person told state health investigators he attended the Anime NYC 2021 convention at the Javits Center from November 19 to 21 and developed mild symptoms on November 22.
“We are aware of a case of the omicron variant identified in Minnesota that is associated with travel to a conference in New York City, and we should assume there is community spread of the variant in our city,” New York City mayor Bill de Blasio said.
“We are working closely with the state and the CDC, as well as the Javits Center’s event organisers, and our Test and Trace Corps will be contacting conference attendees,” he said in a statement.
US treasury secretary Janet Yellen said she hoped the pandemic would not completely stifle economic activity.“There’s a lot of uncertainty, but it could cause significant problems.We’re still evaluating that,” she told the Reuters Next conference.The new measures in Germany focus on the unvaccinated, who will only be allowed in essential businesses such as grocery stores and pharmacies, while legislation to make vaccination mandatory will be drafted for early next year.
“We have understood that the situation is very serious,” Chancellor Angela Merkel told a news conference.
A nationwide vaccination mandate could take effect from February 2022 after it is debated in the Bundestag and after guidance from Germany’s Ethics Council, she said.
Eager to avoid derailing a fragile recovery of Europe’s biggest economy, Germany kept businesses open to the almost 69 per cent of the population that is fully vaccinated as well as those with proof of having recovered from the virus.
By early next week the US will require inbound international travellers to be tested for Covid-19 within a day of departure, regardless of vaccination status.
And private health insurance companies will be required to reimburse customers for athome Covid-19 tests.
Russia has imposed a two week quarantine for travellers from some African countries including South Africa, the Interfax news agency said, quoting a senior official.
Hong Kong extended a travel ban to more countries and Norway, among others, reintroduced travel restrictions. Amid all the new restrictions, Europe’s largest budget airline, Ryanair, said it expected a challenging time at Christmas.
In the Netherlands, health authorities called for preflight Covid-19 tests for all travel from outside the EU, after it turned out that most of the passengers who tested positive after arriving on two flights from South Africa on November 26 had been vaccinated.In France, the country’s top scientific adviser, JeanFrancois Delfraissy, said the “true enemy” for now was still the more familiar Delta variant of the virus spreading in a fifth wave.
Laboratory analysis of the antibodybased COVID-19 therapy GlaxoSmithKline is developing with U.S.partner Vir has indicated the drug is effective against Omicron, the British drugmaker said.
And Novavax Inc said it could begin commercial manufacturing of a COVID-19 vaccine tailored for the Omicron coronavirus variant in January next year, while it tests whether or not its current vaccine works against the variant.